Air Arabia (-1.1%) was the only Middle East/African carrier to end Friday trading down.

Air Arabia Moroc COO, Rohit Ramachandran, stated after trading that the group is happy with its current performance and may need to order additional aircraft in addition to the 44 Airbus on order by the Air Arabia Group, to assist expansion plans. 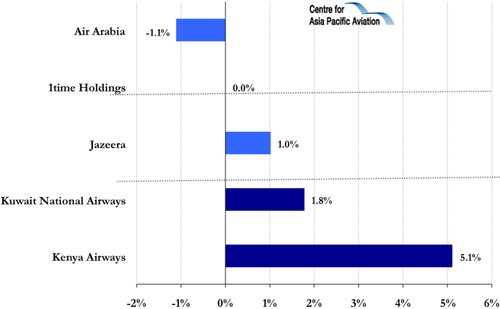