Also in Africa, 1time (-1.7%) retreated from its previous day gains, despite a rise South Africa’s FTSE/JSE Africa All Share Index (+1.2%). 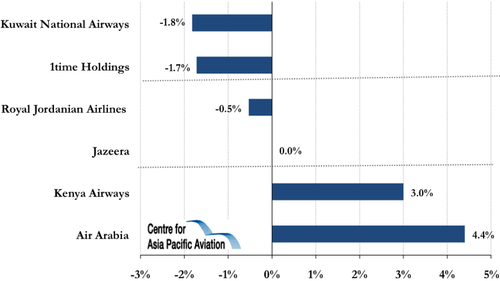