Majority owner of Sydney Airport, Macquarie Airports (MAp) has come under fire from Qantas CEO, Alan Joyce, for doing little to support airlines amid the economic downturn. Mr Joyce told the Sydney Morning Herald, “some of the airports are very keen to be engaged and talk about the opportunities to work together, while others are not taking that approach, like Brisbane and Sydney airports. Airports are very, very good at earning revenues out of everything you could imagine - if they could charge for oxygen at the airport they probably would”.

Mr Joyce cited a recent report by the Centre for Asia Pacific Aviation into global airport charges that found 23 airports around the world had reduced their charges, but another 21 had increased them in the past five months. 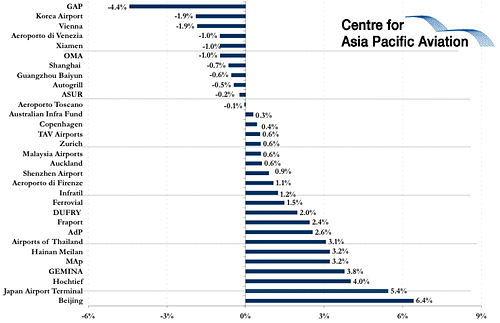