Aeroflot confirmed it is drafting compensation proposals to be presented to the company’s board and to the Russian Federal Government over delays in the delivery of Sukhoi SuperJet100 regional jets. Shares in Sukhoi parent, United Technologies, finished Friday 0.6% lower, on a generally positive day for aerospace related stocks.

Initial deliveries of the new Russia-Italian regional jet were initially scheduled as early as the end of 2008, but a number of testing and technical issues have delayed certification and delivery of the aircraft. The first went to Armavia this month.

Aeroflot has also admitted there are concerns with regard to technical specifications of aircraft compared to the purchase contracts Aeroflot has signed. Aeroflot is due to commence SSJ 100 services on 15-May-2011. The airline has firm orders for 30 SSJ 100s and options for another 15 aircraft. 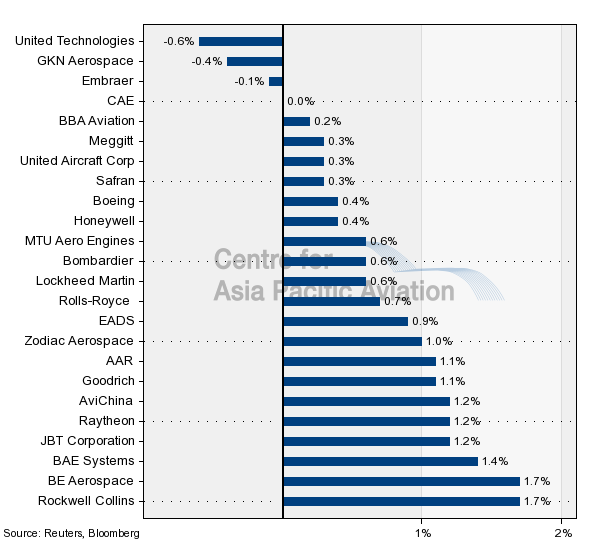