Boeing’s December is looking very mixed. On the one hand it successfully test flew its B787 for the first time, with a second test flight reportedly due this week. It also booked a new order for 25 B787s, courtesy of United Airlines. However, at the same time a potential order of 200 narrowbodies has disappeared, with Ryanair walking away from negotiations on 18-Dec-2009.

At list prices, the Ryanair deal would be worth anywhere from USD14.5-16.2 billion, with aircraft delivered between 2013 and 2016.

Boeing has been tight-lipped on the negotiations, expressing its “disappointment” at the decision. Ryanair’s CEO, Michael O’Leary, has been typically voluble. He squarely blames Boeing for the breakdown in the negotiations and Ryanair’s decision to walk away from the order, although a change in strategy is nigh for the fast-charging LCC.

The current economic downturn appears not to have been as extreme or as lengthy as Ryanair needed to drive down aircraft prices and cause the level of attrition in rivals necessary to sustain its mid-term short-haul growth strategy. See related report: Where to next for Ryanair? Long-haul venture beckons

Even though this year has been a thin one for aircraft ordering (Boeing has just 213 gross and 101 net orders this year), it would be wrong to see Boeing negotiating from anywhere but a position of strength. The manufacturer’s order backlog stretches back to more than 3,200 aircraft, better than seven years of production at current rates. It has already locked in B737 production rates for the majority of 2010.

Both Boeing or Airbus have been adamant that they are not offering discounts to encourage ordering, unlike the last major downturn when aircraft prices plummeted. Ryanair's largest order, for 100 B737s, was placed in early 2002. Both manufacturers believe that higher oil prices and other cost reduction requirements will continue to drive aircraft ordering.

2010 will be a year of slow recovery. Aircraft ordering is not expected to pick up until the end of next year or the beginning of 2011, and even then, better financed aircraft lessors are expected to play a larger hand in the market. But for Boeing (and similarly, Airbus), the loss of an order of the magnitude of Ryanair is significant for this year's tally, but more in what it says about the size LCCs can successfully grow. 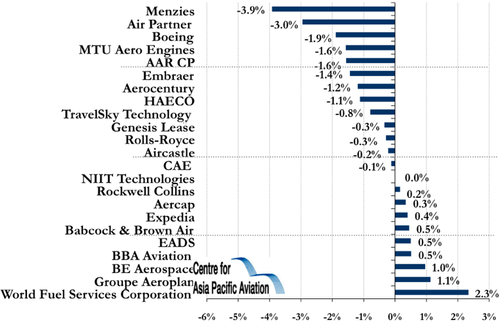