The airline's CEO, Glenn Orsmond, stated the carrier is still showing "strong traffic growth", as passengers trade down to LCCs and after the withdrawal of Nationwide from the domestic market. Mr Orsmond commented, "the recession has played into our hands. People are switching wholesale to the low-cost carriers”. 1time’s share price rose over 90% in 2009.

In the Middle East, both Air Arabia and Kuwait National Airways were flat. 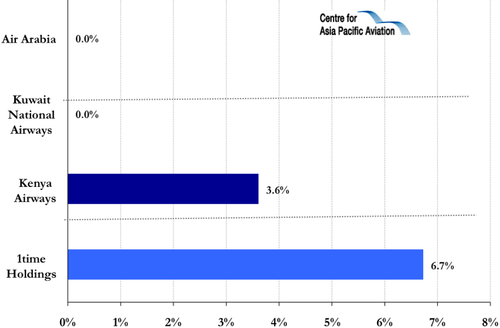