Southeast Asia has been a market of rapid growth but meagre profits over the past few years and the outlook for 2019 is more of the same. In fact, profitability will likely slip further following a deterioration in market conditions in 2H2018.
Of 20 publicly traded airlines or affiliates based in Southeast Asia, only six were in the black for 3Q2018 and 19 recorded a decline in profitability compared to 3Q2017. Intense competition and a generally price sensitive population made it difficult for airlines to pass on higher fuel costs.
While fuel prices have again been on the decline in 4Q2018, there can be no predicting where fuel costs will trend in 2019. What is certain is that competition will remain fierce in Southeast Asia, pressuring yields as airlines struggle to find profitable markets for deploying additional aircraft. In this environment, fuel prices are pivotal and the lowest cost operators prevail.

Southeast Asia has had a good growth story for several years
Seat capacity in Southeast Asia has more than doubled over the past decade, from slightly over 200 million seats in 2008 to close to 530 million seats in 2018. Growth has been in the high single digits or low double digits most years, making Southeast Asia one of the fastest growing regions.
LCCs have captured most of the attention, due to their rapid expansion and massive aircraft orders. LCCs have added nearly 200 million seats this decade, resulting in Southeast Asia’s LCC penetration rate increasing from less than 30% in 2008 to nearly 50% in 2018.
However, FSCs have also been expanding rapidly – adding more than 120 million annual seats in the Southeast Asian market this decade.
Southeast Asia has some of the world’s highest LCC penetration rates
In the five main domestic markets (Indonesia, Thailand, Vietnam, Malaysia and the Philippines), LCCs account for at least 50% of the capacity. LCCs account for more than 70% of the domestic market in Thailand and nearly 70% in the Philippines.
All five countries have large domestic markets of at least 25 million annual passengers. Combined these five domestic markets generate over 220 million annual passengers, led by Indonesia with around 100 million.

However, domestic growth in Southeast Asia has slowed significantly as the markets have started approaching saturation after several years of rapid growth driven by LCC stimulation. Fares are already very low, and with a large portion of the population having already started to fly in recent years the opportunity for more rapid domestic growth is limited.
International growth accelerates
Indonesia, Thailand, Vietnam, Malaysia and the Philippines are now experiencing faster international than domestic growth. All of the LCCs based in these markets have shifted their focus to international expansion.
LCCs now account for 30% to 40% of the international seat capacity in Indonesia, Thailand, Vietnam and the Philippines. In Malaysia LCCs account for a remarkable 50% of the market, giving it one of the highest international penetration rates in the world. Malaysia is the original home market of AirAsia, the largest LCC brand in Southeast Asia.
LCCs also now account for more than 30% of capacity in Singapore, which is Southeast Asia’s second largest international market (after Thailand) but does not have a domestic market.
LCCs account for nearly 30% of international seat capacity in the smaller markets of Cambodia and Myanmar. Even in tiny Brunei and Laos there is a decent LCC presence, with LCCs operating 15% and 22% respectively of international seat capacity.

Southeast Asia-China growth has been enormous
In particular, China has become a focal point for Southeast Asian LCCs (and to some extent FSCs) as Chinese visitor numbers to Southeast Asia have been increasing rapidly. There are now 12 Southeast Asian LCCs operating at least 20 weekly frequencies to China. AirAsia is the largest foreign airline group in China and Lion is the third largest.
Southeast Asia-China seat capacity has quadrupled over the past seven years. LCC capacity has increased tenfold and FSC capacity has tripled. Over the past two years, LCC capacity in the Southeast Asia-China market has doubled and FSC capacity has increased by close to a third.
However, China can be a fickle market, with growth that is hardly linear. Chinese visitor numbers can suddenly contract, impacting Southeast Asian airlines that rely heavily on the Chinese market.
Dip in Thailand-China market is concerning
For example, Thailand experienced a double digit drop in Chinese visitor numbers in August, September and October: demand declined sharply in the aftermath of a Jul-2018 boat accident that killed 47 Chinese nationals in Phuket.
Thai airlines, which benefitted from high double digit growth in Chinese visitor numbers in 2H2017 and 1H2018, were significantly impacted by the sudden decline. Thai AirAsia posted a rare loss in 3Q2018 due to the weak inbound China market and all of Thailand’s other LCCs were also in the red.
Thailand is the most popular overseas holiday destination for Chinese travellers (excluding Hong Kong and Macau). Chinese visitor numbers to Thailand have grown twelvefold this decade – from 800,000 to more than 10 million.
However, there have been three other periods of contractions. A clamp down on zero-dollar tours led to a decline in 4Q2016. Civil unrest drove declines in 2009 and 2014.
Other Southeast Asia markets have experienced similar dips at times due to external factors. China has become the largest source market for virtually every Southeast Asian country (it became number one in Thailand as long ago as 2012), but Southeast Asian airlines relying heavily on China for growth in 2019 are taking a gamble.
Unfortunately, in many cases there are not many other viable options for growth aircraft.
Southeast Asia suffers from overcapacity on most routes
The domestic and regional international market (within Southeast Asia) is generally oversupplied. There are opportunities to launch new secondary routes within Southeast Asia, but such routes are generally low yielding.
India, Korea, Japan and Taiwan are growing but have also become extremely competitive, and in some cases are impacted by bilateral constraints.
As growth aircraft are delivered, it is becoming more difficult to find a profitable route. Southeast Asian airlines are generally making money on core trunk routes connecting slot-constrained airports but have no choice except to diversify and grow in unprofitable markets as they add aircraft.
Southeast Asian fleet to grow by over net 100 aircraft in 2019
Southeast Asian airlines are slated to receive nearly 200 aircraft in 2019. While some of these are replacements, a majority of the approximately 120 narrowbody aircraft being delivered are for growth.
The Southeast Asian airline sector crossed the 2,000 aircraft milestone in 2Q2018 and will end the year at more than 2,050 aircraft in service.
Close to 300 aircraft have been added over the past three years (broadly 100 per year) with LCCs accounting for more than half of the growth. In 2019 again there will likely be net growth of 100 aircraft, which is a relatively modest 5% but capacity growth will be much faster due to upgauging.
Southeast Asian airline groups have a remarkable 1,700 aircraft on firm order.
The AirAsia, Lion and VietJet groups account for most of these aircraft and are all planning further growth in 2019. Lion and AirAsia/AirAsia X each have outstanding orders for approximately 450 aircraft and VietJet now has more than 300 on order, when its Jul-2018 MoU for another 100 MAX aircraft (which has not yet been converted to a firm order) is included.
Cebu Pacific, which has a much more conservative order book of 43 aircraft, is also planning to accelerate expansion in 2019. The group is planning seat capacity growth of approximately 15% in 2019 as it takes delivery of 13 A320neos/A321neos, 10 of which are growth aircraft.
Market conditions in Southeast Asia are challenging. A low cost base is king
Although Cebu Pacific is keen to regain market share that it has ceded over the past three years during a hiatus in its expansion, the resumption of growth comes at a challenging time. The airline posted a rare loss in 3Q2018 as domestic market conditions became challenging.
Philippine Airlines and Philippines AirAsia were also unprofitable because their capacity growth has outstripped demand, leading to fare wars at a time when airlines should have been increasing fares to offset higher fuel costs.
A similar scenario has emerged in other markets across Southeast Asia. Airlines competed very aggressively on price in the first three quarters of 2018 despite the increase in fuel prices. The price sensitivity of the Southeast Asian passenger is a factor and it makes it hard to pass on any rise in fuel costs, but some airlines have been desperate to generate cash.
The decline in fuel prices in 4Q2018 provided some relief but the aggressive competition in Southeast Asia is continuing, leading to some extraordinarily low fares for both short haul and long haul travel. VietJet for example in Dec-2018 offered up to three million free fares valid for travel domestically from Jan/Mar-2019 and internationally from Jan/Nov-2019. 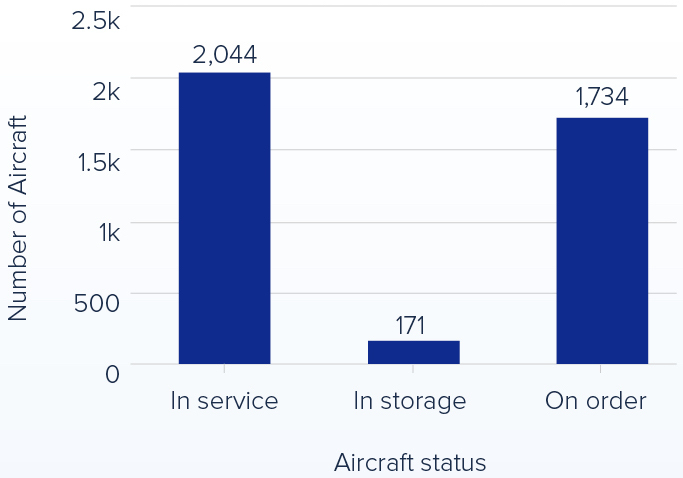 The outlook for 2019 is not encouraging for Southeast Asia as several airlines pursue further rapid expansion despite overcapacity and an already fiercely competitive environment.
Higher airport charges are being implemented in a range of major markets and that could impact demand in 2019 – unless airlines reduce already low fares to offset the higher taxes.
Meanwhile, China’s economy is cooling, although there has been no immediate impact on travel demand.
There is still a strong underpinning of demand across the region, but a prolonged period of low fares driven by low fuel prices has created a market which is increasingly price sensitive. If fuel prices start going back up again, things could get ugly. But for now they are headed downwards, a welcome following breeze. This cost input will be the driver of airline profitability in 2019.
Growth seems almost certain to continue, as new capacity floods into the market, promising a continuation of very low fare offerings. In these market conditions, a low cost base is king.