The International Monetary Fund (IMF) has confirmed the worst fears about the global economy are being realised, with a gloomy assessment of the outlook for 2009.

In its Jan-09 update of its World Economic Outlook, the IMF predicted world growth to fall to its lowest level since World War II of just 0.5%, as global trade plummets. The 2009 world growth forecast has been revised downward by 1.7% compared with the last IMF projection in Nov-08.

Despite wide-ranging policy actions by governments and central banks around the world, financial strains remain acute, according to the IMF, which is pulling down the real economy. The Update echoed comments by IMF Managing Director Dominique Strauss-Kahn that a sustained economic recovery will not be possible until the banking sector is restructured and credit markets are unclogged. 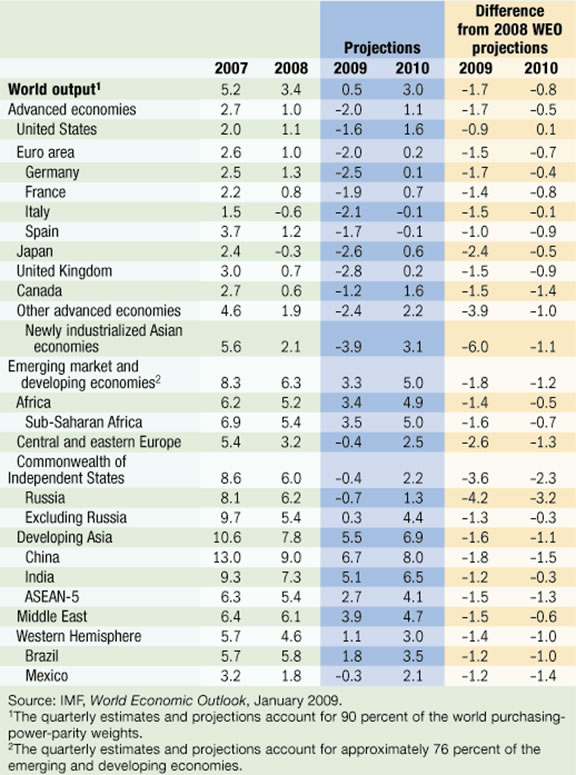