Middle East shares were relatively stable on Wednesday with Air Arabia (-0.3%) down slightly while Royal Jordanian and Jazeera remained steady.

Comair (0%) is currently in negotiations with Citi, Standard Chartered, Absa and Nedbank to receive USD412 million in funding for the purchase of eight new B737-800 aircraft expected to be delivered in 2012. The company raised ZAR125 million towards the acquisition cost of the new aircraft through a rights issue in Apr-2010. 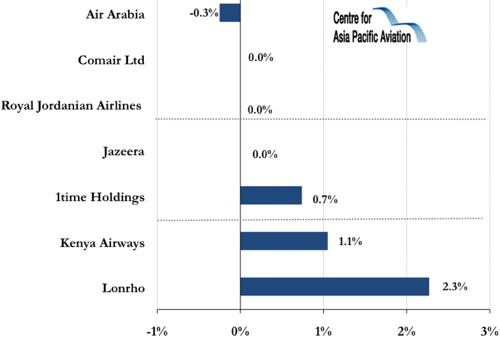