Kuwait National Airways, parent of Wataniya Airways, (+4.1%) shares gained the most on Thursday (05-Aug-2010). On the same day, Wataniya Airways appointed AVIAREPS as their general sales agent in Vienna. AVIAREPS will be in charge of all future sales, marketing and ticketing activities. In Jun-2010, Wataniya launched three times weekly Vienna service.

Middle Eastern shares were relatively stable, on the whole, with Jazeera (-1.8%) and Royal Jordanian (-0.6%) down while Air Arabia (+0.4%) shares rose slightly.

Kenya Airways (-1%) announced an emergency drill was conducted at Harare International Airport and confirmed none of its aircraft was involved and all flights remain in operation as per the published schedule.

African shares were on a downward slide with 1time (-2.1%) and Comair (-2%) down while Lonrho remained steady. 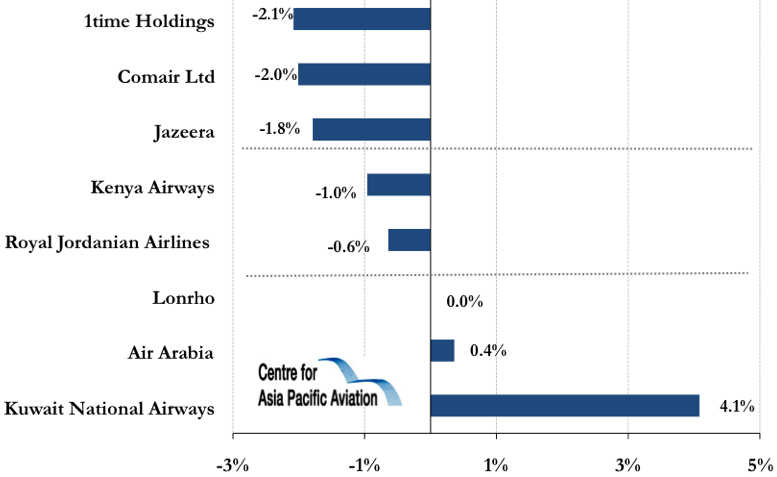