Virgin Blue has updated its FY2011 outlook in light of recent increases in fuel prices and natural disasters in New Zealand and Australia and announced it expects to report a full-year pre-tax loss between AUD30 million and AUD80 million. Shares in Virgin Blue were flat in trading on Tuesday, as Chinese and Japanese airline shares traded strongly on the back of an upturn in Asia Pacific stock indexes. Skymark Airline shares recovered 7.4%.

Delta Air Lines stated it would reduce capacity to Japan by between 15% and 20% through May-2011, including the suspension of Tokyo service. The reductions at Delta will have a net effect of USD250 million to USD400 million. Last week, Delta stated it would postpone new services from Los Angeles and Detroit to Japan which were launched in Feb-2011. The carrier stated it would restore service there as demand picks up again. Besides Tokyo, Delta also operates to Nagoya and Osaka. 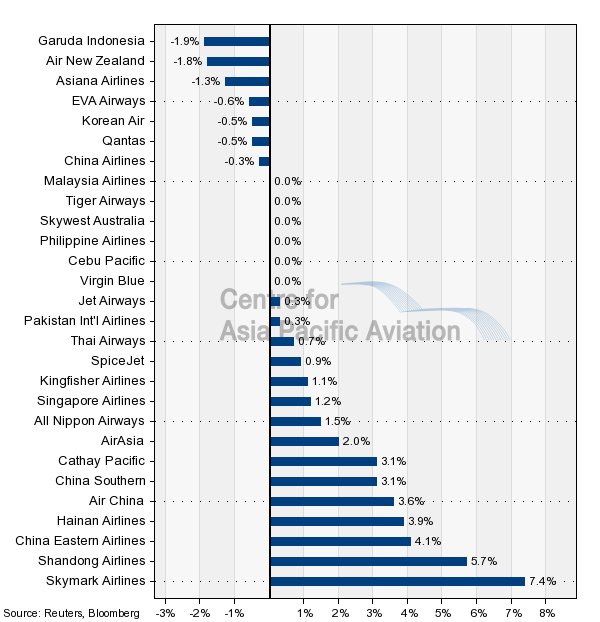