For decades Vienna Airport has been possibly the primary transit point between western and eastern Europe, attracting carriers and traffic that have made the Flughafen Wien Group a successful financial enterprise.

Increasingly the group is focused on activities at its home base, Vienna, where passenger traffic has been increasing steadily. Since 2016 the airport's passenger growth has been exponential. That said, Vienna airport’s management is keener on full service carriers and the transit traffic that they can produce rather than on low cost carriers, and it frequently says so.

Latest figures for the first quarter of 2019 suggest that the continued growth is still the case, but the airport management has to continue to grapple with a problem that many other airports would welcome: namely, the increasing numbers of low cost carriers and the passengers they generate (most of whom undoubtedly welcome them). It is a quandary that is not easily solved.

Revenues increased by 8.2%, including an 11.9% contribution increase from Malta Airport, net profit increased by 18% and EBITDA by 10.5%. EBIT generated from airport charges grew by 62.4%. The only downside was a decrease in both revenues and EBIT from Handling and Security Services.

The group now contains one large airport, one medium, and a small one 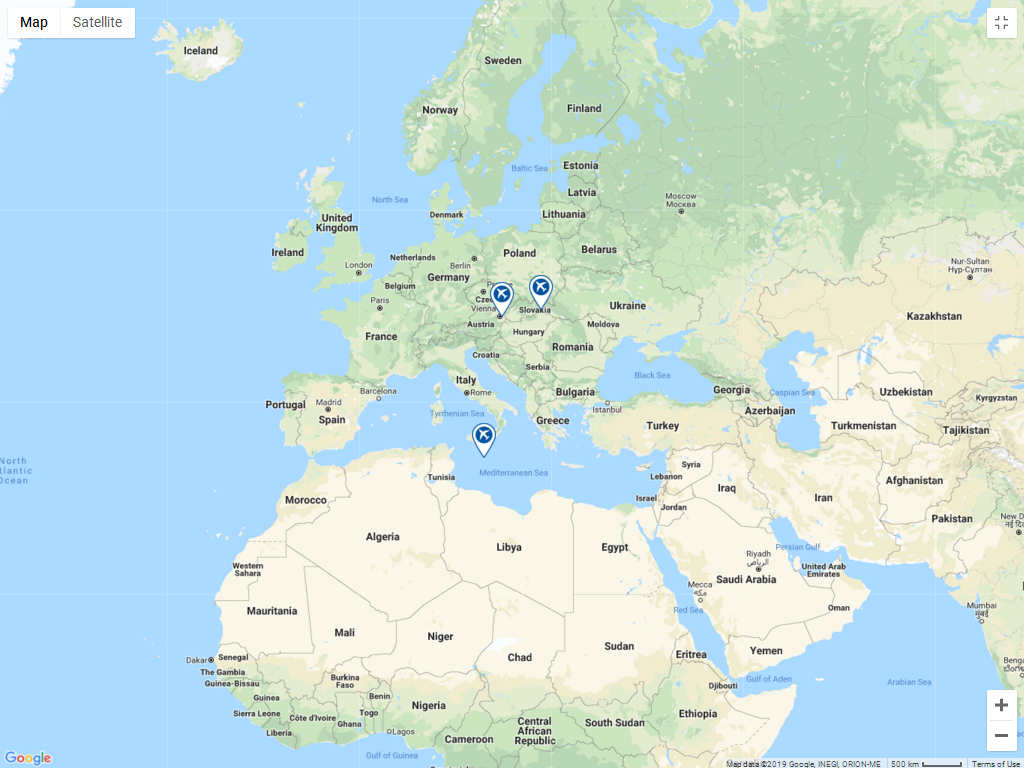 Flughafen Wien has never been as active in the market as, say, Flughafen Zurich, but in its early days it was more so than it is now, pitching for investments in Hamburg, Lisbon and Mexican airports  as well as for the (still under construction) Berlin Brandenburg Airport when that was a private sector project.

Increasingly it is focused on activities at its home base, where passenger traffic has been increasing steadily. 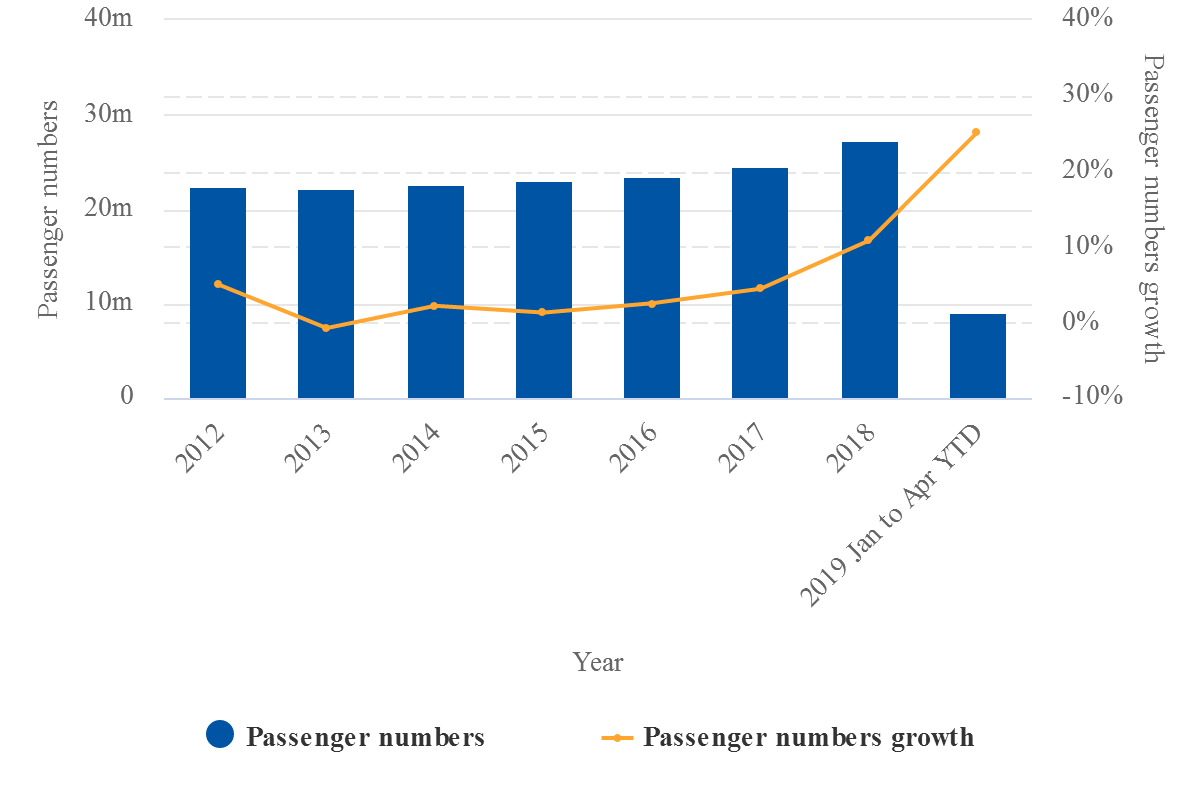 CAPA has remarked previously on how the airport’s management is keener on full service carriers and the transit traffic that they can produce rather than on low cost carriers, and it frequently says so.

That position is despite the fact that the budget segment has been growing notably there for some years now and that other primary, capital city airports throughout Europe – including Frankfurt, Paris CDG and Amsterdam, but not London Heathrow – have been keen to welcome LCCs. That even applies to Oslo Airport, which eschewed airlines like Ryanair for many years.

The reason is that Vienna has been established as a European transit point for decades, connecting not only the east and west of the continent but also Europe with what are now the CIS states, also Russia and other parts of ‘West Asia’.

It specialises in this, and if LCC flights started filling up the airport and causing bottlenecks that prompted missed connections the airport’s reputation would suffer along with the bottom line, which just now is doing handsomely out of the existing arrangements.

But that low cost segment does keep on growing and has now reached over 30% of seat capacity. 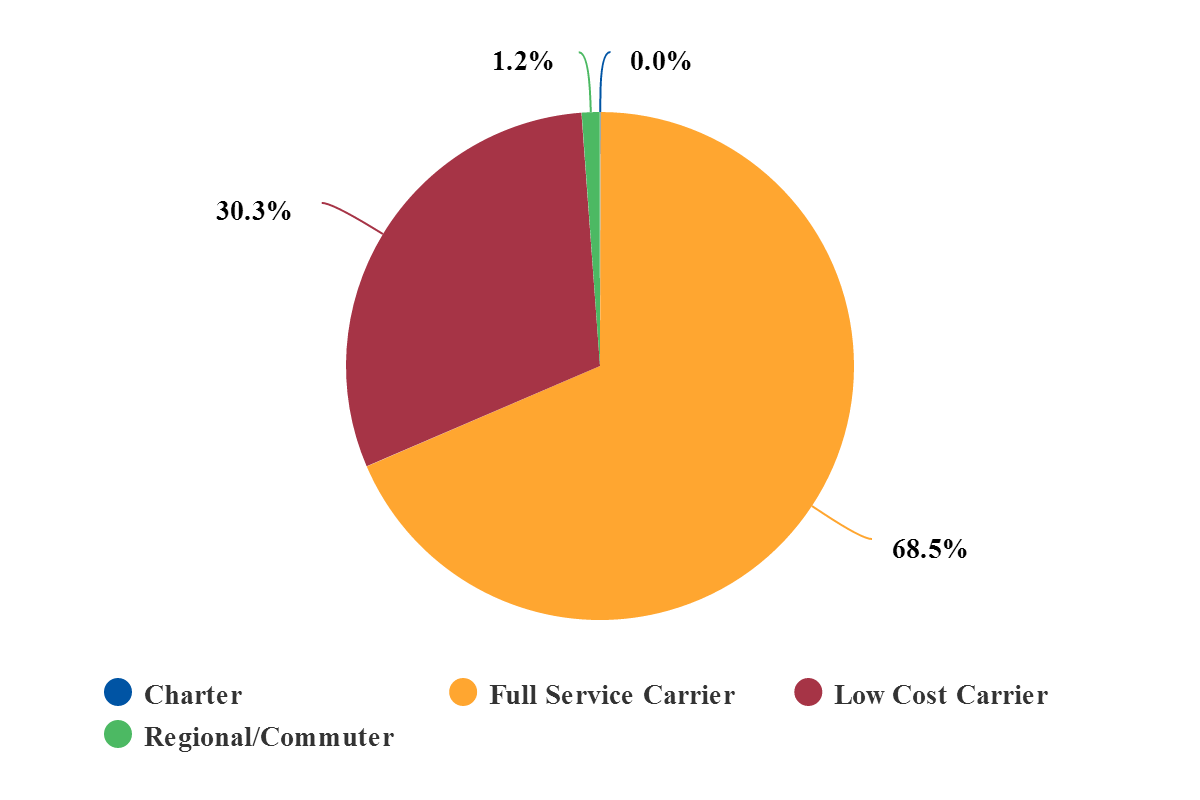 On the other hand, one alliance in particular is strong; namely Star Alliance, which includes member airlines of the Lufthansa Group, one of which Austrian Airlines is (Austrian is the largest single carrier, with 45% of seats).

A collection of airlines has replaced Air Berlin/NIKI

The airport has also had to overcome the demise of Air Berlin, which before its 2017 collapse was the second largest carrier.

While they are still relatively small at Vienna, airlines such as Eurowings, Lauda, Wizz Air, easyJet and the relative newcomer LEVEL Austria have each in their own way stepped up to the plate. Lauda (or Laudamotion as it was) effectively replaces Ryanair, its owner, which does not operate there.

The attractions of Vienna Airport to carriers are many. It has an immediate catchment area of some 2.6 million in and around Vienna, which is a wealthy city. The airport also draws travellers from other Austrian cities (which are small; the second biggest, Graz, has only 600,000 people in the metropolitan area), since the range of services at those cities, as direct air service networks, are not well developed at those cities.

For inbound travellers Vienna, the seat of the Hapsburg Empire for most of its existence and stuffed to gills with history and culture, will always be a draw, and such tourists as want to go there usually have higher disposable incomes, which is reflected in the fares they are prepared to pay.

Then Vienna is one of the leading cities, perhaps 'the' leading city, on Earth for international conventions, which are a year-round source of income.

Vienna’s charges to airlines are also lower than might be expected as this comparative table contrasting Vienna with the competing Prague and Budapest airports testifies. 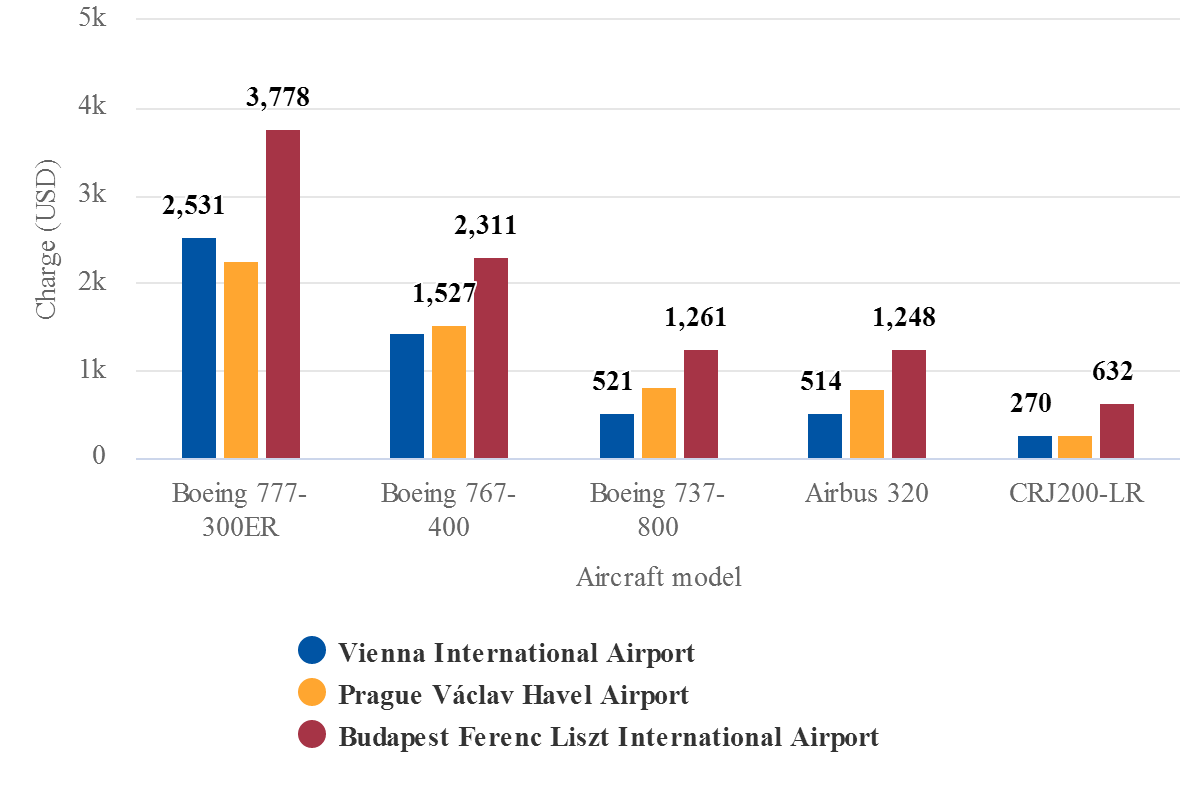 Finally, the aforementioned transit facility – whether it is online (i.e. Austrian Airlines) or interline.

Vienna prided itself for a long time on having a minimum connecting time of just 30 minutes within what was its only terminal.

Those days are gone. There are now four terminals, though one is closed for refurbishment. A third runway has been authorised for construction, possibly by 2025, but it will inevitably meet with opposition from ecological pressure groups.

The two other airports in the group are considerably smaller but one at least is not to be sniffed at.

Malta International Airport handled 6.8 million passengers in 2018 but its growth rate has tapered off dramatically since 2016. Its own national carrier now has a slightly smaller presence (seats) than does Ryanair.

Košice’s Barca Airport, which is owned by a consortium, originally ‘TwoOne’, which includes Flughafen Wien, handled only 540,000 passengers in 2018 and in the first four months of 2019 its growth rate has plummeted from 9.1% (2018) to -7.9%. However, it does have a broad spread of airlines (full service and low cost) to spread the risk.