Vienna Airport’s gain followed the announcement by the European Commission that it has reached an agreement with Lufthansa on the airline’s takeover of struggling Austrian Airlines, the largest operator at the airport. Austrian Airlines reported grim financial results for the quarter and half year ended 30-Jun-2009, with a greater than 20% slump in revenues and tripling of net losses for the respective periods. 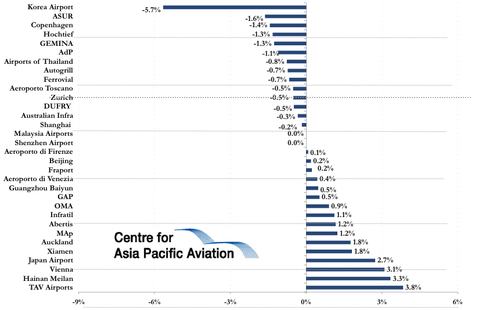