US regional airlines continue to be tested

SkyWest Airlines is improving its financial position but is in a rare fiscal slump in which it posted its first quarterly loss in 23 years in the first quarter and has given guidance to only achieving break even in the second quarter. It cited integration costs from its acquisition of ExpressJet along with growing crew costs.

SkyWest said pilot shortages forced it to pay crews double time and premium rates on certain flying which will reach about USD14.5 million in the second quarter. It is unclear whether it will be reimbursed for the additional costs.

Pinnacle has had to wait years for increased rates resulting from a new contract and it won’t be until next year that new rates will kick in. For the past few quarters, Pinnacles message to analysts is to be patient and wait for 2012 when its fortunes will improve. But that was before 20 of Mesaba’s routes were dropped by Delta on Friday. Pinnacle paid USDUSD62 million for Mesaba last year.

ASA has also felt the pressure. SkyWest Inc reported that its Atlanta-based subsidiary took a hit from the contract rates pushed by mainline carriers moving to have regionals take on more of the risk. Major carriers, seeing the robust margins brought in by regionals even in a down economy, decided a few years ago to have regionals take on more risks and have been working to do that at each contract renewal. The move began at Delta  and the lower contract rates at SkyWest Inc subsidiary Atlantic Southeast  Airlines, resulted in a USD7.2 million loss in revenues, according to the company.

Linking higher costs to pilot shortages, SkyWest may be a harbinger of things to come not just for SkyWest but for the entire airline industry as it runs up against the law of supply and demand.  Indeed, the dearth of pilots in the pipeline is a top issue at aviation meetings and has already been felt acutely by fast-growing airlines in Asia and the Middle East. Boeing estimates a worldwide need for 460,000 pilots and 650,000 maintenance technicians over the next 20 years. 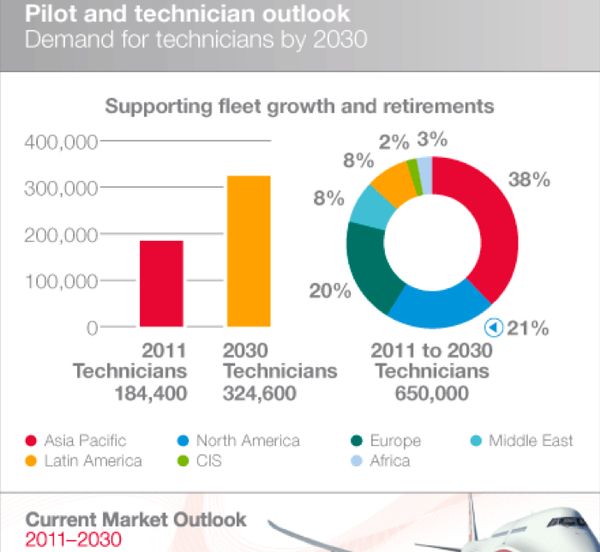 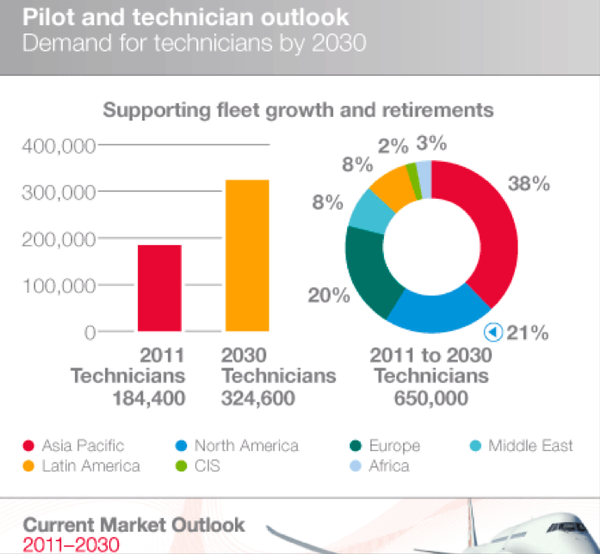 Exacerbating this for regionals is the new Congress-mandated 1500-hour minimum for getting into the right seat of regional aircraft. Experts expect the additional hours needed could increase training costs for students – who often do it on their own – by USD125,000. That is in addition to the USD40,000 needed to achieve the old, 250-hour minimum for a commercial pilots license and the six-digit-plus college costs typical in the US.

Those costs are compounded by the poor view most have of aviation professions resulting from the volatility of the industry over the last decade which has sullied the cache such a career once had. New pilots must weigh the costs and the problematic nature of an aviation career against a job that will likely pay little more than USD20,000 a year just when college and training loans come due.

Airlines are also suffering from training costs, especially for regionals. They can spend between USD60,000-100,000 training pilots only to watch them move on to a major or low-cost carrier before they can yield a return on their training investment. Regionals, during the 1980s, made pilot candidates sign contracts they would stay long enough to cover the then minimal training costs of about USD10,000. However, legal costs exceeded training costs at the time making contracts unenforceable.

The Congressionally mandated minimum is yet more fallout from the Colgan accident and has safety experts charging the high minimum will only serve to make it harder for regionals to find pilots. They unsuccessfully argued that hours should not be the issue so much as the quality of the training received.

Regionals and FAA are now struggling to write a proposed rule based on the legislative mandate. Language exists to ameliorate the 1500-hour requirement depending on the the type of training/education. Defining that is part of the rule making process which has already taken heat because when the suggestion to reduce hours hit the press.

The pilot shortage will likely test the economics of the mainline/regional relationship as majors put more pressure on regionals to lower capacity-purchase costs. In addition, it is likely that more routes will join the hundreds of points abandoned by regionals and majors alike because of rising regulatory costs. There has been a wholesale abandonment of such routes about every decade since deregulation.

Previously, such abandonments would mean more opportunities for commuter/regional airlines to replace the service dropped by the majors just as the current-generation regionals did in the 1980s. But rising regulatory costs, coupled with steep financing and fuel costs, have long precluded such replacement to the point that ExpressJet – which did everything right to launch a point-to-point operation to take advantage of these abandonments – failed. The number of carriers that have started in the past decade can be counted on the fingers of one hand.

Exacerbating this is the fact that smaller regional aircraft – the de Havilland Dash 8, the Saab 340 and the Beech 1900, developed to meet the post-deregulation need as regionals replaced majors in many small points, are aging. There is no replacement at this point and, given the fact these aircraft were largely developed under government subsidies, it is unlikely new aircraft will come down the pike within the next decade. About the only hope for such a craft could come from China, where the manufacturing industry is heavily subsidized.

Cape Air, Great Lakes and SkyWest are desperately looking for the next-generation commuter aircraft but can only cobble together older fleets which conspires to increase maintenance costs. Indeed, that is part of SkyWest’s problem for its CRJ 200s and Embraer Brasilias.

A new round of abandonments is now underway as evidenced by Friday’s announcement from Delta it was dropping 24 points to stem the USD14 million in losses it incurs from serving those points. It is also a further indication of Delta’s treatment of its regional partners.

Delta’s move will fall hardest on Pinnacle subsidiary, Mesaba, which has 20 of the 24 routes and comes only a year after Delta got Pinnacle to acquire Mesaba, then a wholly owned subsidiary of the Atlanta-based carrier. Pinnacle loses three routes while SkyWest and Compass – acquired last year by TransStates Airlines – lose one each. Both Compass and Mesaba serve one of the points.

Most are subsidised under the troubled Essential Air Service program and have fallen victim to Delta’s capacity cuts when it spun the Saab 340 out of the Delta Connection fleet. Carriers must continue to serve the points until a replacement carrier is found by the DoT.

Meanwhile, for SkyWest, the guidance it issued last week was lower than expected from what it said in its first quarter earnings call and is yet another indication of the impact industry restructuring has had on regionals. It is a good-news-bad-news story. Delta and United are increasing SkyWest and Atlantic Southeast block hours which is forcing additional aircraft and, because of the pilot shortage, higher crew costs.

The news comes just after CAPA research revealed that SkyWest was the only regional in the world to join the ranks of the world’s largest carriers in terms of RPKs. SkyWest also made the cut of  of new-generation airlines that were not on the same list in 2000. Given the changes in regional airline fortunes in the last five years, it is unlikely SkyWest’s prospects will be as good as it was in the first several years of 21st century.

See related story: A decade of change for the global airline industry: A new and altered reality in the rankings

SkyWest said it also continues to suffer from the reallocation of crews owing to schedule changes from one of its clients. It also cited USD7 million in integration costs as well as rising health care costs.

Last week, SkyWest announced once ASA and ExpressJet were integrated they would change their name to SureJet. ASA COO Brad Holt said picking a new name for the combined operation will foster unity.

But the airline instituted a ground stop on the name change almost immediately after a ton of negative feedback from its pilots. Two days after its original announcement it said it heard significant concerns from team members about the name SureJet.

The airline’s statement went further, saying, “The No. 1 goal with our new name was to create an identity that represented our people, and that our people would be proud of. Since we value the feedback we’ve received to date, we have put a “ground stop” on the SureJet name so we can solicit further input from our people, and get this important merger milestone right. Once the merger is finished, the company said merged company will be the largest regional airline, with 10,000 workers and 412 aircraft, operating flights under contract to United Continental Holdings Inc. and Delta Air Lines Inc.

Finally, it is incurring a loss from the investment made in international operations in Vietnam and Brazil where it has stakes in TRIP and Air Mekong. It anticipates that loss will amount to USD3 million. Previously, SkyWest told CAPA that its TRIP investment was paying off.

The higher-than-anticipated costs will continue throughout the remainder of 2011, said SkyWest and fiscal results will be significantly lower than SkyWest management previously anticipated.  More details will come during SkyWest’s 2Q-2011 earnings call in early August.