The US share market gained on Tuesday to a near 14-month high, as debt-restructuring moves by Dubai World calmed financial fears and home sales increased for the ninth consecutive month in Nov-2009.

US airline stocks also gained yesterday, lifted by an investor note from JP Morgan suggesting investors have been overlooking the sector.

JP Morgan added that falling jet-fuel prices and improving demand should be helping airline shares, which have declined during a period when the Standard & Poors 500 index has remained roughly flat.

Allegiant Air to establish new base at Orlando International Airport

Allegiant Air also announced plans to establish a new base at Orlando International Airport commencing 01-Feb-2010, with the LCC to initially serve ten US cities from the base.

“Demand is back”: SpiceJet

SpiceJet CCO, Samyukth Sridharan, today added that “demand is back” and the carrier is “optimistic” about its financial performance of the next two quarters.

According to Mr Sridharan, “if you look at the past four months, demand is back and that there is no reason to think otherwise. The past few months have been encouraging and we can be optimistic about the same financial performance in the next two quarters”.

The main Dubai share index, meanwhile, slumped more than 6% yesterday, despite efforts by Dubai World, the company at the heart of the crisis, to restructure approximately USD26 billion in debt. 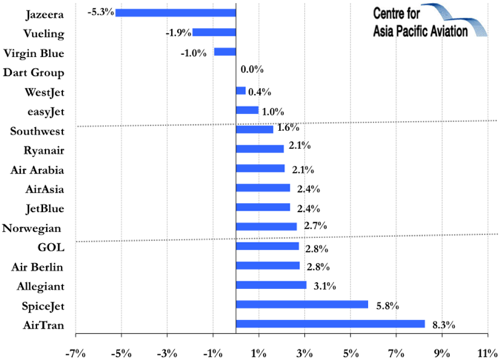