Air Canada was the only airline to move against the tide yesterday, as investors clutched at straws, hoping that the airline’s frequent flyer programme would help prop it up. An accelerated payment plan has already helped and there may be more to come. 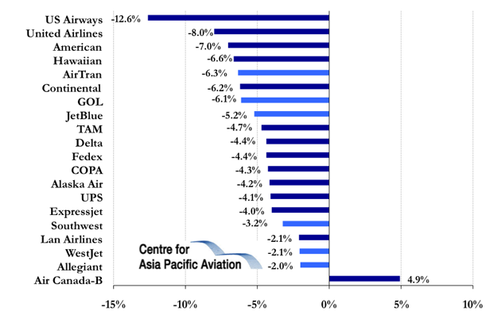 US Airways shares are heading back towards 2009 lows established in early March, as it struggles against intense competition in core East Coast and Atlantic markets. 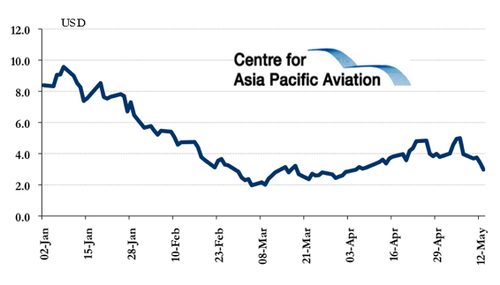 US Airways announced plans on 12-May-09 to add Birmingham (UK) to its network from the airline’s international gateway at Philadelphia International Airport. Birmingham is the first of three new US Airways routes in 2009, preceding Oslo, Norway and Tel Aviv services that will commence later this Summer. The seasonal route is operated with B757 ETOPS aircraft configured with 12 seats in Business class and 164 seats in the main cabin.