Mr Kelly added, "cost pressures continue and particularly rising energy prices. I don’t believe the worst is behind us, if for no other reason because of higher energy costs, and there’s no reason to believe that Business travel will return anytime soon to help bail us out". See related report: Southwest Airlines SWOT: Fourth net loss in past five quarters; difficulties to continue

International yields showed signs of bottoming over the Summer, although Atlantic, Latin and Pacific yields were still down significantly last month, by 22.4%, 21.4% and 19.7%, respectively, according to the Air Transport Association (ATA). 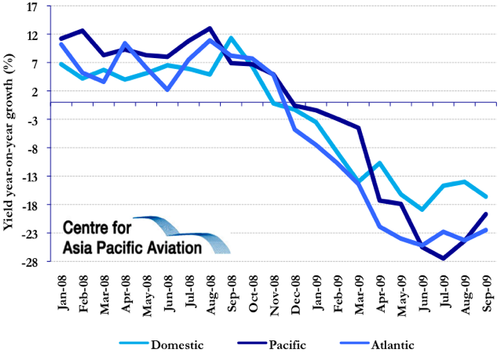 It must be noted that last month's reductions were off fairly solid levels in the corresponding period in 2008, with domestic Sep-2008 yields up by double digits (+11.3%) and Atlantic, Latin and Pacific yields gaining 8.2%, 21.8% and 6.9%, respectively. Yields were higher in 2008, partially due to fuel price related increases, which have reduced as oil prices decreased.

But the 12 month moving averages show there is much work still to be done by the US airlines to arrest the declining yield trend. 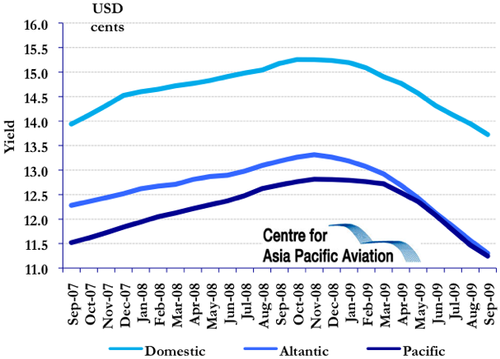 Yield reductions across the regions in Sep-2009 were also worse than the year-to-date average.

Passenger revenue levels still remained “suppressed”, according to ATA, with no trend of improvement as yet. 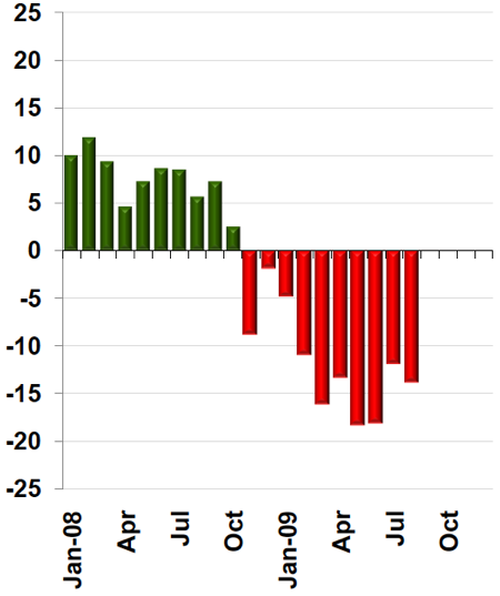 Overall, international passenger revenue appeared to be on the improve from Jun-2009’s lows, and were back to single digit contractions in Aug-2009. Figures for Sep-2009 have not yet been released. 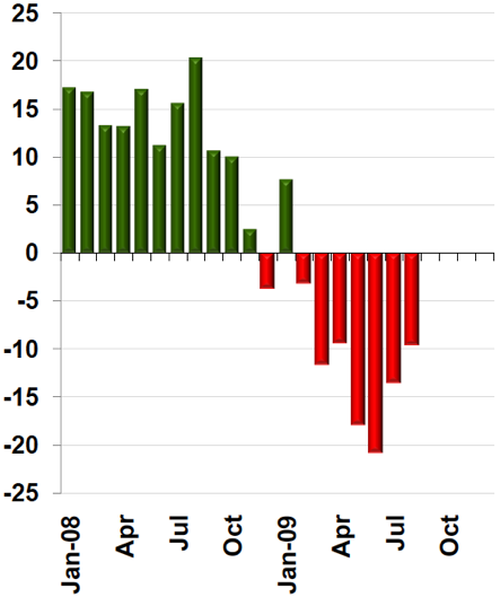 Looking forward, ATA carriers are likely headed for another month of double-digit yield reductions in Oct-2009, following solid yield growth for Domestic, Atlantic, Latin and Pacific services in Oct-2008 (of 6.3%, 7.7%, 19.1% and 6.7%, respectively). The post-Summer peak is showing signs of continued weakness - not the outcome the industry would have hoped for.