The carrier stated it could add a daily service from Guam, Newark or San Francisco "in the event that Delta (or any other Haneda-authorised US carrier) decides to abandon service". Delta Air Lines plans to resume service to Haneda from Detroit and Los Angeles in Jun-2011, having temporarily suspended operations on 24-Mar-2011. Delta criticised United Continental's move as unwarranted.

Shares in United Continental fell 4.4% in trading on Tuesday, while Delta's shares were 1.3% lower, on a weak day for North American airline stocks. Air Canada B shares were down 4.1% and Hawaiian Airlines finished 3.9% lower. 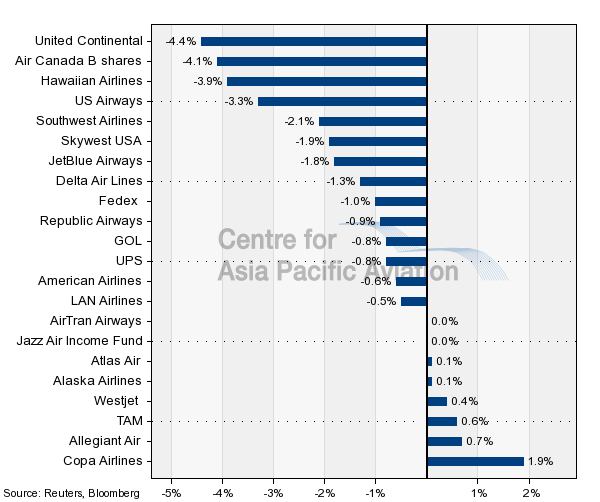