United Airlines was the big winner at Wall Street's casino yesterday, leaping almost 25%. Despite warning of a negative yield outlook and a promised cash loss of nearly a quarter of a billion dollars due to its fixed hedge positions, there was some good news for it on the credit front - the area where all eyes are currently focused.

But did the reported deal with its major credit card company, under which it gains more flexibility in topping up cash reserves, really justify the major airline's market capitalisation increasing by one quarter? Or is this really just the big casino in the Street?

Several other majors also gained solidly, with some reports suggesting the market felt that they would be helped by the government's bailout of Citigroup - allowing more financial wizards to continue to fly at the front of the aircraft. That must be worth at least 10% of United's capital value... 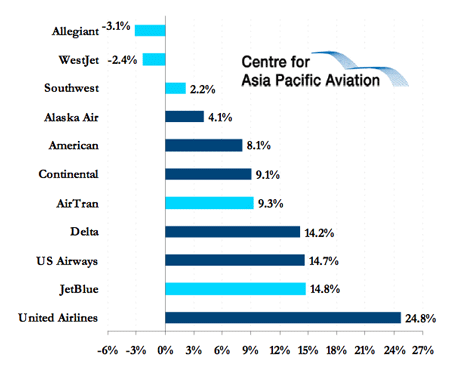