North and South American carriers’ shares were mostly down on Wednesday (17-Mar-2010), despite the Dow (+0.5%) reaching a 17-month intra-day high during trading. The rise came after the US Labor Department reported a seasonally adjusted 0.6% year-on-year decline in the producer price index for finished goods in Feb-2010, after an unrevised 1.4% rise in Jan-2010. The news helped to reduce the chance of higher interest rates and inflation.

United Airlines (-3.4%) stocks dropped after revising its outlook for 1Q2010. East Coast storms and cancellations accounted for a one percentage point drop in estimated available seat miles for the first quarter, United said yesterday, adding ASMs will be down 3.4% year on year. However, first quarter consolidated revenue passenger miles are expected to rise 1.7% to 2.7% year on year.

The decreased revenue associated with the February storms along the East Coast offset by the reduced ASMs resulted in 1.5 percentage points of the year-on-year increase in consolidated PRASM for the month of February and 0.4 percentage point for the first quarter 2010.

The company estimates mainline fuel price, including the impact of cash settled hedges, to be $2.22 per gallon for the first quarter.

Non-operating expense is estimated to be $150 million to $160 million for the first quarter.

Because of its net operating loss carry-forwards, the company expects to pay minimal cash taxes for the foreseeable future and is not recording incremental tax benefits at this time. The company expects an effective tax rate of 0% for the first quarter of 2010.

Continental Airlines (-2.7%) was also down after it announced plans to offer its pilots the same contract as Delta Air Lines pilots with the exception of allowing the pilots to appoint a fellow pilot to the carrier’s Board of Directors and the increase of hourly pay rates by USD1 compared to certain pay tables within the Delta contract. The proposal is currently under review by the carrier’s pilot union.

Also during trading, Continental became the fourth carrier to file an exemption request to the Department of Transportation for its new tarmac rule until JFK Airport has completed the renovation of its main runway (Bloomberg, 17-Mar-2010). The carrier stated “fundamental fairness” should allow carriers also serving New York’s LaGuardia and Newark, New Jersey’s Liberty airport to receive an exemption.

Meanwhile, the US and Zambia have reached agreement on an open skies aviation regime liberalising the services that can be flown between the two countries, the US Department of Transportation announced yesterday.

With this, the first aviation accord between the two countries, Zambia becomes the 96th international open skies partner and the 20th on the African continent. Under the new agreement, airlines from both countries will be allowed to select routes and destinations based on consumer demand for both passenger and cargo services, without limitations on the number of US or Zambian carriers that can fly between the two countries or the number of flights they can operate.  It removes restrictions on capacity and pricing, and provides unlimited opportunities for cooperative marketing arrangements, including code-sharing, between U.S. and Zambian carriers. The agreement also allows U.S. and Zambian carriers to operate all-cargo flights between the other country and third countries without a stop in their home countries.

“This agreement paves the way for future growth in travel and trade between the United States and Zambia,” US Secretary of Transportation Ray LaHood said.  “We welcome Zambia as an Open-Skies partner.” 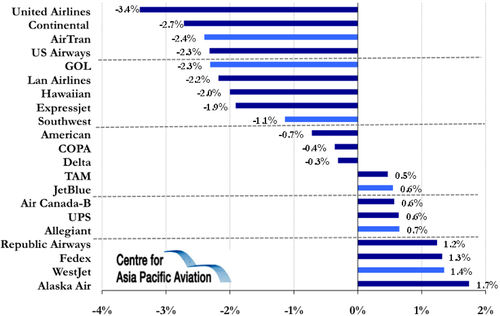