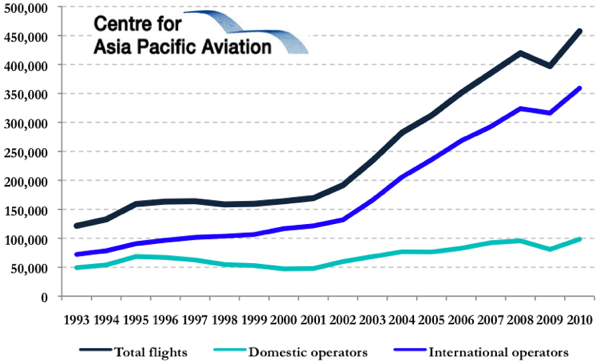 The traffic result caps a busy year for the ANSP, which has embarked on a programme to modernise and redevelop the Ukranian national airspace system to handle increasing traffic. The company is anticipating a surge of traffic related to the 2012 European Football Championship and 2014 Winter Olympics in Sochi. The Ukraine’s control of Black Sea airspace ensures that it will continue to be an important conduit for east-west traffic flows.

UkSATSE has been working to upgrade its legacy systems and reorganise the layout of airspace under its control. In early 2010, a new operating and investment plan for the ANSP was approved by the Ukraine Cabinet of Ministers, granting the enterprise a budget of EUR183 million for 2010, as well as EUR70 million in funds for capital investments.

In Apr-2010, UkSATSE presented a new development plan, highlighting the need for permanent upgrades to the Ukrainian air navigation system. These upgrades are aimed at outpacing current demands on its services by a five to 10-year margin.

UkSATSE put a new air traffic control tower into operation at Simferopol during the year. The facility is the first tower built since Ukraine gained independence and was constructed solely with the use of UkSATSE funds. The construction of a new tower at Donetsk is at its final stage. The ANSP's plans to launch development of new towers will commence in Kharkiv, Dnipropetrovsk and Kyiv (Zhuliany), funded by UkSATSE. It also plans to redevelop the ATC tower at Lviv.

The ANSP also undertook an airspace reorganisation in eastern Ukraine in Mar-2010. Capping the year, the enterprise’s Air Navigation Service Provision Certificate was formally renewed by the State Aviation Administration for another three years in Dec-2010.

Overflight traffic continues to grow strongly, up 10% in the year as international long-haul airlines such as Lufthansa, British Airways, Singapore Airlines, Thai Airways International and Emirates use Ukrainian airspace to operate East-West long-haul operations. Nearly 90% of UkSATSE’s revenues are generated from en-route charges.

Since 1993, overflights in UkSATSE airspace have increased more than sixfold, as Eastern European operators such as Aeroflot and Air Ukraine have given way to Western European and Asia Pacific-based carriers. In comparison to the increase in overflights, domestic traffic have roughly doubled over the same period. 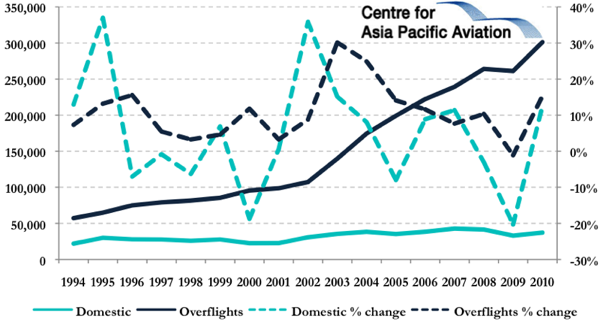 Of total traffic handled by UkSATSE, international airlines accounted for 78.5% of aircraft movements. Lufthansa paid the most en-route charges during the year, followed by Singapore Airlines, British Airways and Aeroflot. Local carriers accounted for 21.5% of traffic, with Ukraine International Airlines the ANSP’s eight largest customer in terms of route charges. 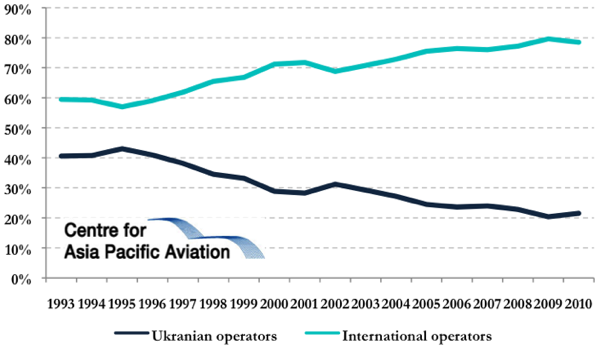 The structure of air traffic operations in the Ukraine and the key players in the market has changed radically over the past two decades. Since 1993, the number of traffic movements by Ukraine-based operators has doubled. Over the same period, the traffic from international operators has increased fivefold.

Overflights have gone from 40% of UkSATSE air traffic movements to 65%. The traffic share of Ukrainian-based airlines has fallen nearly 20 percentage points. In 2010, Aerosvit, the national carrier of the Ukraine, was the largest carrier in the Ukraine in terms of flight numbers, but only ranked 10th in terms of en-route charges. 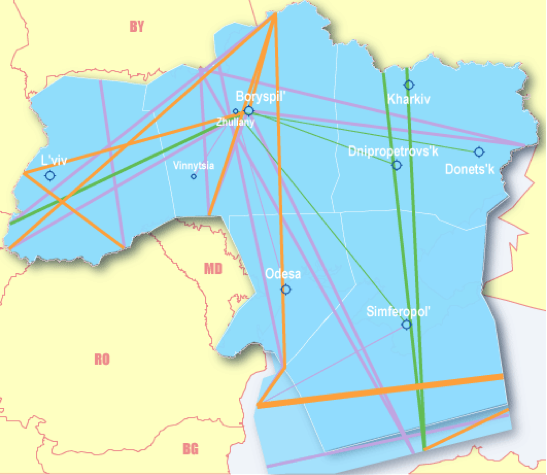 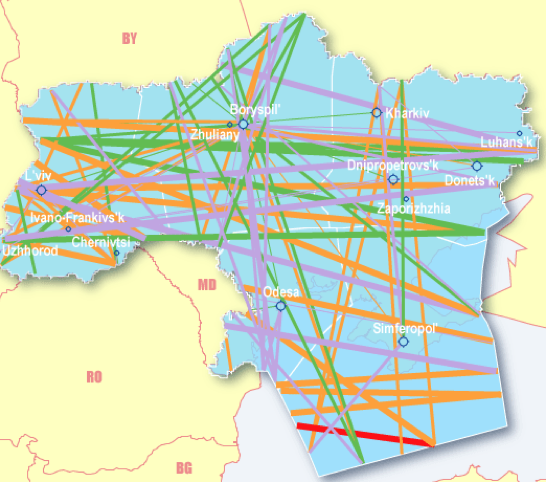 In Sep-2010, UkSATSE announced that it was not planning to increase overflight charges. As of 01-Jan-2011, the unit rate for Ukrainian en-route charges for 2011 was set at EUR45.64, ranking Ukrainian overflight charges the 21st highest out of the 37 states in the EUROCONTROL charging system.

Addressing the issues of safety and charges

With a number of investments made during 2010, UkSATSE is setting itself to ensure it will be able to handle the demands of air traffic for the next decade. However, air traffic management services in the country are not without their issues, or critics. Safety and infrastructure are the primary concerns, with Ukraine holding a Category 2 rating from the US FAA and one of the country’s airlines appearing on the EU list of carriers banned from its airspace.

At the occasion of the signing, IATA Director General and CEO, Giovanni Bisignani, blasted the Ukrainian air navigation system as “one of the most expensive in Europe” and “one of the least productive,” where airport and air traffic control rates are high and not cost based. He accused the Ukrainian Government of treating aviation and air traffic management as a cash cow.

According to EUROCONTROL’s 2008 benchmarking report, UkSATSE’s costs per en-route flight hour were EUR368, well below the European system average of EUR402. However, the ANSP’s costs were EUR145 per IFR airport movement, well above the European average of EUR111 per movement.

At the same time, its air traffic controller (ATCO) productivity was the third worst of EUROCONTROL members, and less than half of the European average. The company has already moved to improve its ATCO training, but the affect of its older systems, and low level of domestic traffic, will continue to affect ATCO productivity.

Offsetting this somewhat is the fact that UkSATSE employment costs were just EUR14 per ATCO-hour in 2008, the third lowest in Europe and well under the EUR99 hourly average. Even when adjusting for international exchange rates and living standards, UkSATSE ATCO employment costs were less than a third of the European average. UkSATSE’ ATCO costs per composite flight hour were the fourth lowest in Europe in 2008. 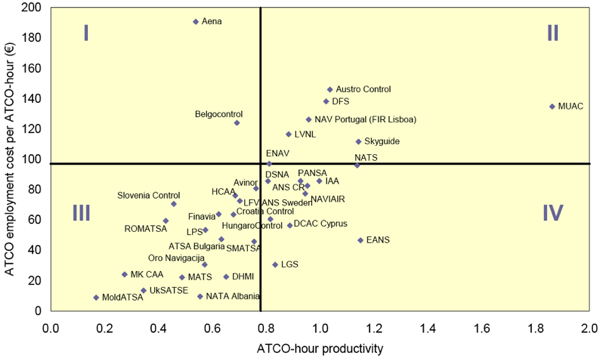 Setting itself up for future

Even with the ANSP’s unresolved issues, traffic handled by UkSATSE is expected to continue to increase quickly and the Ukrainian aviation market will grow in scale and complexity. Local carriers, such as Aerosvit Airlines Ukraine International Airlines and Dniproavia are all engaged in consolidation activity to fight off strong international competition. The airlines are still eager to expand internationally, taking deliveries of new, Western aircraft and announcing new destinations in Europe and the Asia Pacific.

Ukraine is increasingly engaging with its European near neighbours, pulling in more flight traffic, and overflights from Middle Eastern and Asia Pacific carriers are set to continue their growth. UkSATSE will play an important role in east-west traffic flows and will need to ensure that it does not become a bottleneck for one of the world’s most important air corridors.