Severe snowstorms and the suspension of cross-Channel Eurostar train services has added to the misery of UK travellers this holiday period.

Last week’s strike threat at British Airways and the failure of Flyglobespan created considerable disruption and inconvenience for travellers. Rivals, including Virgin Atlantic, easyJet and Ryanair, noted an increase in bookings on both short-haul and long-haul services.

The Eurostar’s woes should provide carriers on the UK-France segment, including easyJet (which accounts for 28% of UK-France capacity), Air France-KLM (25%), British Airways (21%) and Ryanair (14%) and others, a substantial short-term boost. 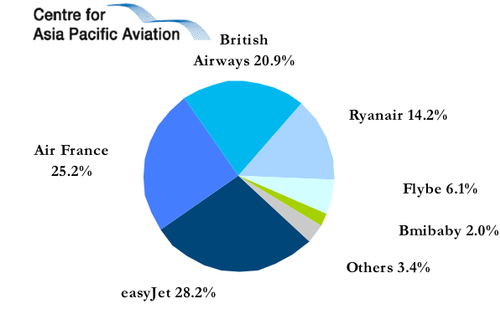 This may be reflected in share trading in Europe today. On Friday, easyJet advanced 2.7%, while Air France-KLM was virtually flat and British Airways continued to lose ground, falling 1.9%. Ryanair surged 6.5% as the carrier announced the suspension of negotiations with Boeing over a mid-term order for 200 more B737-800s. See related report: Where to next for Ryanair? Long-haul venture beckons. 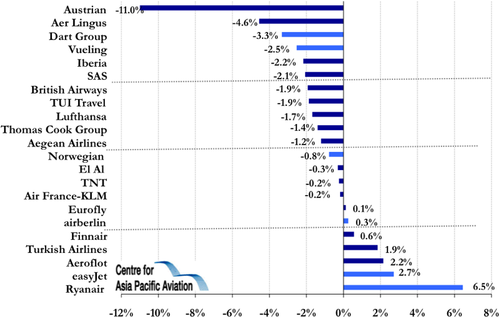