UAC and Antonov press on with joint venture proposal

Russia’s United Aircraft Corporation and Ukraine’s Antonov could establish a manufacturing JV within two months. According to Antonov President and Chief Designer, Dmytro Kiva, negotiations between the two state-owned firms are well underway and an agreement could be made before Nov-2010.

The agreement would not involve an asset or control swap, and would be established on a 50:50 basis. The two will companies will collaborate on manufacturing, and will also cooperate to jointly procure components from suppliers, develop more effective marketing and aftermarket services and MRO. The JV is seen as a necessity if the two manufacturers are to compete with imports from the West.

UAC and the Antonov State Corporation form the backbone of aircraft manufacturing in Eastern Europe, but have suffered greatly since the break-up of the Soviet Union. In the immediate aftermath, Western aircraft accounted for less than 1% of aircraft in service in the region. By 2008, Western-manufactured aircraft, many of them older generation types, accounted for 56% of the passenger aircraft fleet in service in the region. The vast majority of aircraft on order are also from Western aircraft manufacturers. 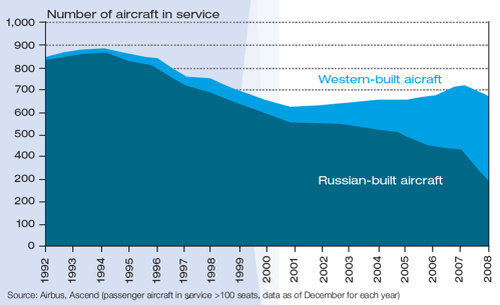 Pressure has been mounting on Russian manufacturers to develop commercial aircraft that can compete with aircraft developed in the West, particularly in the areas of fuel economy and maintenance and other operational costs. The consolidation of Russia’s aerospace industry around UAC in 2006, and the similar situation in the Ukraine with Antonov, was aimed at giving the local industries sufficient mass to compete with companies the size of EADS and Boeing.

The benefits of this aerospace consolidation are beginning to show, but UAC and Antonov have a long way to go before they can hope to match Airbus and Boeing. Success over the past five years has centred mostly around regional jets.

Antonov’s An-148 regional jet commenced deliveries in mid-2009, with seven aircraft delivered so far and approximately 230 aircraft on the company’s order books. The type has suffered some minor teething problems, but is now comfortably in operation with Rossiya and Aerosvit Airlines.

Sukoi’s SuperJet 100 has also met with sales success. The aircraft, co-developed with Alenia Aeronautic and featuring an engine designed and produced by Safran/NPO Saturn, has more than 250 orders, including six ordered by Willis Lease Corporation yesterday.

Under the guidance of UAC, Russia’s aerospace industry is now setting its sights beyond smaller aircraft and is seeking to compete more directly with Airbus and Boeing. In 2008, Irkut announced it would develop a new family of narrowbody aircraft, the MS-21, to replace older Russian narrowbody types and compete with the A320 and B737NG families. A key feature of the aircraft are the next-generation engines, either Russian Aviadvigatel PD-14s or Pratt & Whitney PW-1000Gs, which manufacturers promise to deliver double-digit efficiency enhancements.

Russia alone is expected to require more than 1,000 new aircraft over the next 20 years. Pressure is also mounting on carriers in the region to support domestic manufacturers and acquire locally manufactured aircraft. In Jul-2010, Russian President, Vladimir Putin, publicly chastised Aeroflot for not purchasing enough Russian aircraft under its fleet renewal and expansion plan. The President stated that if the airline planned to dominate the Russian market, it had to use locally manufactured aircraft.

Having phased out the venerable Tu-154 at the beginning of the year, the Russian carrier has just six domestically built aircraft in its fleet, against 85 western aircraft. When the President made the comments, Aeroflot had 40 SSJ100s on order, balanced against orders for 111 Western aircraft. Shortly after this, Aeroflot announced an order for 11 A330s.

Since then, Aeroflot has announced its intention to acquire 50 of Irkut’s new MS-21s, as well as 11 An-148s and 25 An-140 turboprops. Other Russian carriers, such as S7, are also understood to be considering large Russian aircraft purchases. The carrier is reportedly interested in the upgraded Tu-204SM, an aircraft which has already been ordered by another Russian carrier, Atlant-Soyuz. 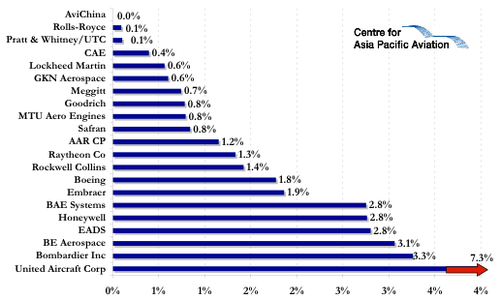 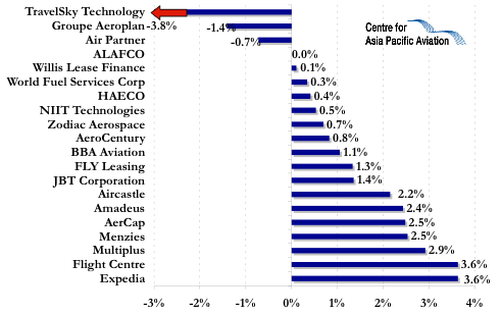