Turkish Airlines announced plans to operate to 11 new destinations in 2011. The carrier plans to launch new long-haul services to Guangzhou, Los Angeles and Manila, as well as more destinations in North Africa, the Middle East and Europe.

Shares in Turkish Airlines were down 4.8% on Monday. Shares in SAS Group also fell (-4.1%). SAS' shares have fallen back after a report last week that several carriers, including Air France-KLM Group, Lufthansa and British Airways, would be willing to bid for the airline if it underwent privatisation.

Air France-KLM reported consolidated passenger traffic fell 1.6% in Dec-2010. The group estimated the impact of the winter snowstorms in Europe at EUR70 million to it operations. British Airways estimated earlier that the winter storms would cost it GBP50 million. 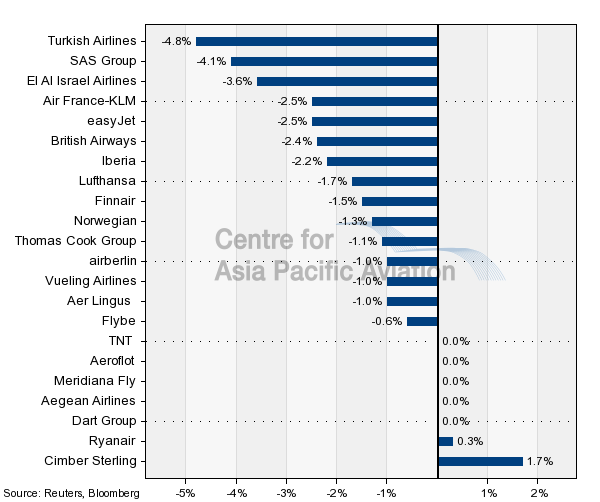