European airline shares fell on Friday, led by SAS Group which declined 4.7%. One of the few exceptions was Turkish Airlines, which is now lining up the acquisition of Serbia's JAT Airlines. Turkish Airlines shares were up 2%.

Serbian Minister Sulejman Ugljanin stated the Turkish carrier would study the assets of JAT Airlines ahead of a possible sale of the company. Turkish Airlines may end up as the he majority of JAT under any agreement, with the carrier being given a free hand to bid for as large a stake as it desires. Serbia twice failed to sell JAT, in 2007 and 2008, and merger talks with Turkish Airlines remain inconclusive. Serbia is aiming to sell JAT by Jul-2011. Deloitte LLP will advise on the process. 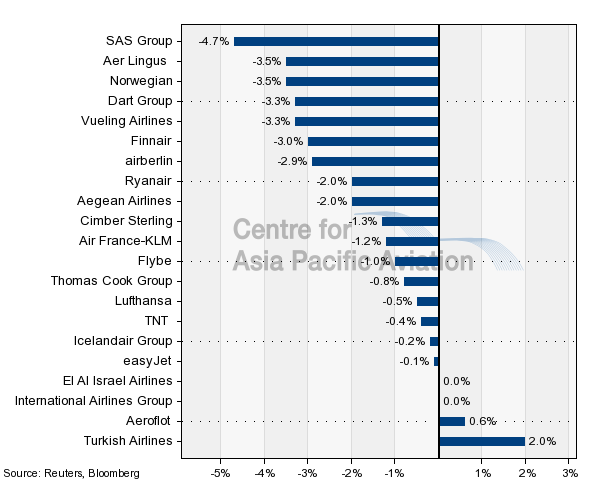