Shares in Tiger Airways slumped 5.3% yesterday, falling below SGD2.00 for the first time in Aug-2010. Morgan Stanley stated: “We think Tiger shares might find it difficult to replicate its relative outperformance for the rest of the year”, relating to the carrier’s 38% gain since early Mar-2010.

In the past week, Tiger Airways has seen downgrades from DBS Vickers (from “buy” to “hold”, reducing its target price by approximately 11%) and Macquarie Equities (from “outperform” to “neutral”). The downgrades and share price performance follows the release of the carrier’s financial results late last week and expected start-up losses related to the Thai Airways-Tiger LCC JV.

Shares in Virgin Blue were also weaker yesterday, slipping 3.2%. In Virgin Blue-related news yesterday, Virgin Group announced that passengers on Virgin Atlantic Airways, Virgin America, Virgin Blue and V Australia services are now able to earn miles or points for their flights that can later be redeemed under any of the carrier's frequent flyer programmes. The move is designed to integrate Richard Branson’s global airline operations.

Meanwhile, Virgin Blue and Air New Zealand, in a submission to the Australian Competition and Consumer Commission, rejected claims their trans-Tasman alliance will result in reduced competition and higher fares.  In a 59-page submission, the airlines stated claims by New Zealand airports that the alliance would raise fares "lack reliable support".

Among the non-listed Asia Pacific LCCs, Nok Airlines shareholder, Krung Thai Bank (KTB), is reportedly considering selling its 10% stake in the LCC, as part of the bank’s policy of divesting non-core businesses. Thai Airways, which has a 39% majority stake in the carrier, previously proposed to purchase the stake from KTB. KTB plans to review Nok’s revised business plan and competitiveness before making a final decision. It will also assess the selling price relative to Nok’s book value and discounted cash flow.

AirAsia X on Monday stated it has set a new sales record between 04-Aug-2010 and 08-Aug-2010, with its newly launched destination to Seoul Incheon. More than 80,000 seats were purchased, generating more than USD6.4 million in sales during this period. The sale has broken all records from AirAsia X's previous new route launches, including London, Melbourne and Taipei. The carrier plans to launch Kuala Lumpur-Seoul service on 01-Nov-2010.

AirAsia X CEO Azran Osman-Rani said: “We are confident that the new Seoul route will also deliver strong new passenger traffic similar to the significant growth rates we recorded on the Melbourne, Perth and London routes which grew by 41%, 66% and 31% respectively in 2009 as well as the strong growth in inbound tourist arrivals into Malaysia from Australia, China and UK, the second, third and fourth largest growth in tourist arrivals in 2009 after Singapore. AirAsia X expects over 100,000 passengers’ arrivals on its daily Seoul service in the first 12 months of operations. In 2009, Korean tourist arrivals into Malaysia were 227,312, a 15% decline compared to 2008." 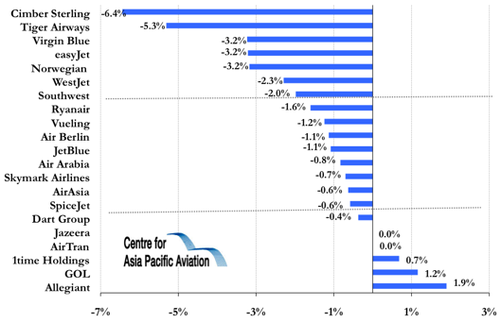