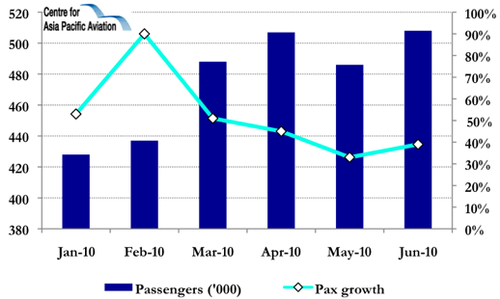 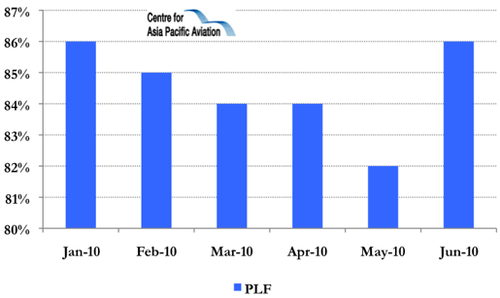 Tiger's Singapore operation plans to increase its fleet of A320-family aircraft from 10 to 14 by Dec-2010. The increase will "fuel the airline’s continued growth as air travel in Asia Pacific continues its robust recovery, and as Tiger continues to attract more passengers". The carrier said its services to Trichy and Trivandrum in India are "already selling very well" ahead of their launch in Nov-2010, adding it hopes to expand in "more parts of Asia", including India and Greater China

India’s SpiceJet eased 0.4% as new owner, Sun TV Network Chairman and MD, Kalanithi Maran, confirmed plans to launch an open offer to acquire a further 20% of the airline's stock, commencing on 06-Aug-2010. Mr Maran entered an agreement to acquire 37.73% of the LCC's shares on 14-Jun-2010 for an estimated USD160 million and subsequently launched an open cash offer for the acquisition of 83 million equity shares or a 20% stake in SpiceJet at INR57.76 per share, a 3% premium to the stock's 11-Jun-2010 closing price of INR56.05. 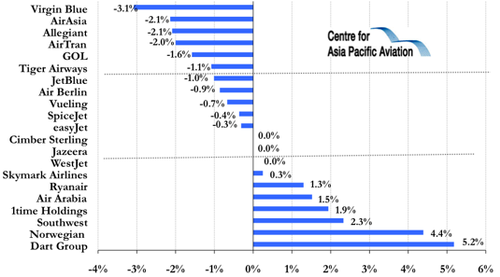