Elsewhere in the Asia Pacific region, shares in AirAsia jumped 5.9%. The carrier’s stock has been carrying positive momentum since mid-2010, but has traded lower in the new year. Cebu Pacific was up 1.2%, while India’s SpiceJet also gained 1.2%.

Shares in Virgin Blue declined 2.3%. Concerns are emerging over the effect that the food situation in Australia will have on the carrier’s bookings. Virgin Blue is based in Brisbane, which has been badly affected by the floods this week. 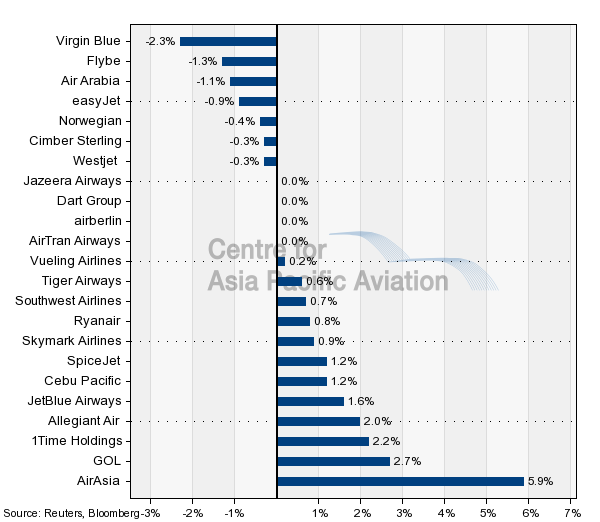