Tiger Airways Australia announced (28-Aug-08) four new routes from its recently-announced second base at Adelaide, to Hobart, Gold Coast, Alice Springs and Perth from 01-Mar-08. These are in addition to the previously announced 39 weekly services between Melbourne and Adelaide. The new routes take the airline’s network to 15 domestic Australian routes. 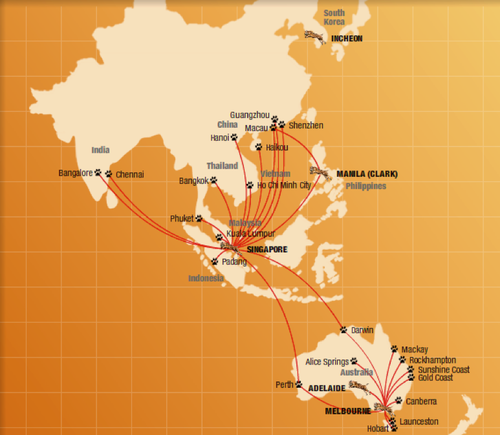 The airline's new Adelaide routes come after it announced plans to launch additional services from Melbourne to five of its current destinations - Alice Springs, Hobart, Launceston, Sunshine Coast and Perth - from 15-Dec-08.

Hobart and Alice Springs will both benefit from the expansion of service from both Melbourne and Adelaide. The LCC will, under the new network, operate seven times weekly to Alice Springs, and by Mar-09, will be operating almost 10% of total seats to/from Alice Springs, according to operator, Northern Territory Airports.

The changes and additional routes that Tiger Australia has announced to its network will double the number seats it has on offer from 1.5 million to 3 million p/a in the next 12 months.

Committed to establishing 30 aircraft fleet over next seven years

Meanwhile, Tiger Airways Australia stated it remains committed to establishing a 30 aircraft fleet over the next seven years. The aircraft will be part of Tiger Aviation Group's plan to grow its fleet to 72 aircraft by 2016. 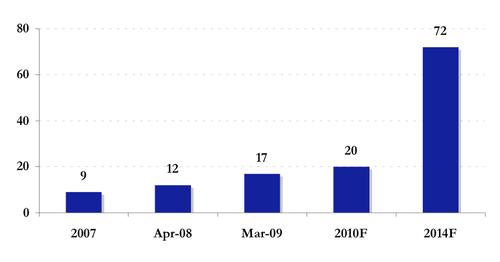 Commence search for third base

The carrier also stated it plans to commence the search for a third base soon. According to Managing Director, Shelley Roberts, the airline plans to choose an airport "where we know we can turn around in 30 minutes".