Thomas Cook Group has received long-term corporate credit ratings of BB- from Standard & Poor's and Fitch. Shares in the company were up 5.9% in trading on Wednesday, the strongest single-day increase in the company's shares in almost 11 months. Shares in the group, which operates airlines and tourism companies across Europe, are down 15.4% for the year to date.

Nefinsa SA sold its entire 4.15% stake in Vueling Airlines at EUR9.5/share, according to Fidentiis Equities, which conducted the sale. Fidentiis had been mandated to sell Nefinsa's stake in the LCC via a book-building exercise. The company's agreement with Iberia Lineas Aereas de Espana SA to remain a shareholder in Vueling until 15-May-2011 terminated on 31-Mar-2011. 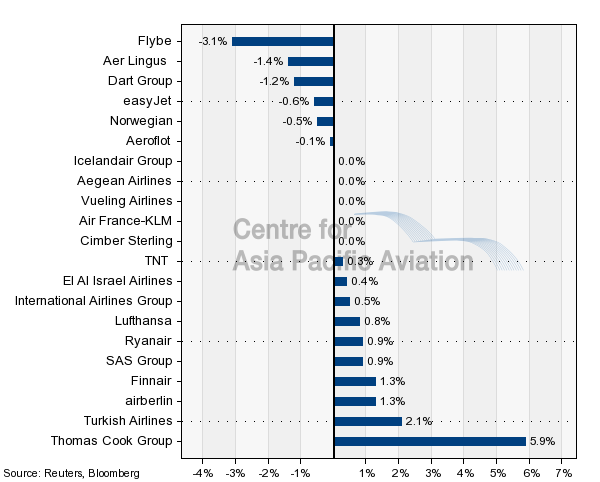