Thai Airways International slipped to a net loss of USD121.5 million in 3Q2009, due predominantly to foreign exchange losses (due to the appreciation of Euro and Japanese yen) and falling passenger yields (-17% to USD 5.85 cents ex-fuel surcharge from 2Q2009 levels) although the carrier’s revenue contractions lagged cost reductions in the quarter. 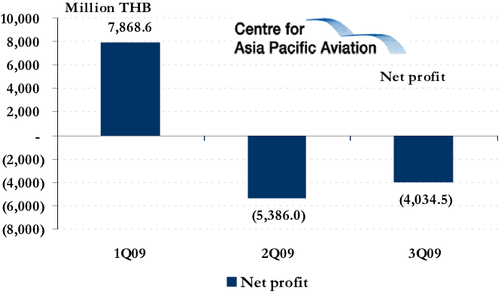 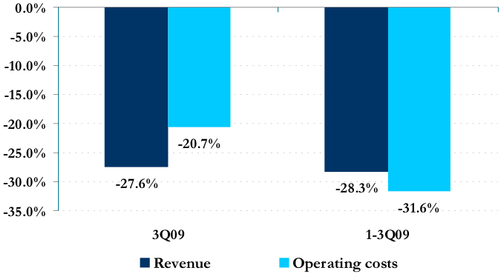 The carrier, which is currently undergoing a restructuring effort, expects to report another loss in 4Q2009. The carrier’s President, Piyasvasti Amranand, earlier this month, stated the carrier may not reach its revenue target of USD4.5 billion and is unlikely to report a profit this year, due to fluctuating oil prices and low passenger yields, as a result of fare reduction campaigns.

Mr Amranand added that while the carrier seeing a recovery in cargo and passenger traffic, it is “still facing a crisis”. 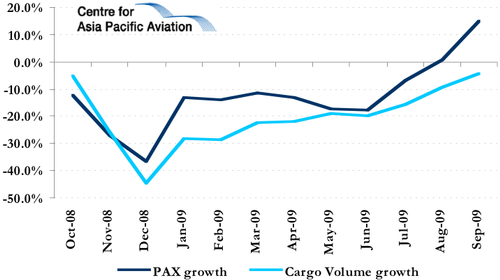 2010 net profitability expected, with long-term aim of becoming one of the top three airlines in Asia

However, the carrier expects to report a net profit in 2010, due to economic recovery and its restructured management, and as a forecast increase in yields.

In the longer term, Mr Amranand stated he is determined to restore the carrier to one of the top three carriers in Asia, and is confident yield will start to improve with the improvement of its product.

Mr Amranand, earlier this month, stated, “we were one of the best at one time. And we will have to be one of the top three in Asia and top five in the world once again…Average yield should go up as product quality goes up, and we can afford to be more choosy about our customers and reduce the proportion of low-fare customers…I think we need to wait a little longer to be really sure that the yield is moving up. Right now we're probably breaking even, but if we can increase the yield then we can turn to profit, provided the oil price does not rise too much”.