Thai Airways announced a handsome increase in profit in the first quarter of the 2010 fiscal year ended 31-Mar-2010, but the outlook for the airline – and the Thai nation – is deteriorating by the day. Anti-government protesters are engaged in running battles that have left 30 dead and over 230 injured since last Thursday. The government has announced it is extending the state of emergency to a further five provinces, bringing the total to 17. A protest leader has warned the situation could deteriorate into civil war. 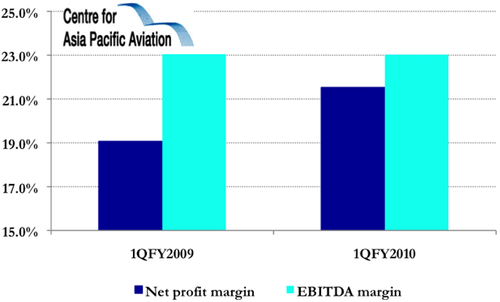 Total revenue soared 20.8% off a weak base last year, while foreign exchange gains (thanks to a weak euro) rose 23.6% to account for just over half of the profit result. Total costs rose 15.9%, mainly due an increase in production and rising average jet fuel prices. 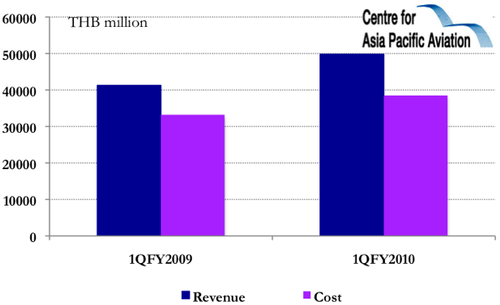 Advisories by 47 foreign governments against travel to Thailand are having an impact on demand in the second quarter, which is traditionally the low season for travel to Thailand. Average load factors gained 1.5 ppts to 72.2% in Apr-2010, but slumped to 50-55% in the first week of May-2010, according to Chairman, Ampon Kittiampon.

The carrier is targeting a load factor of 60-65% in the second quarter, and last week announced some adjustment to its network and tactical marketing plans in light of the travel warnings and airspace closures in Europe – a key source market.

But Thai Airways’ strong support from the Thai Government has provided investors some modicum of confidence. The airline’s share price has shown remarkable resilience over the past month. 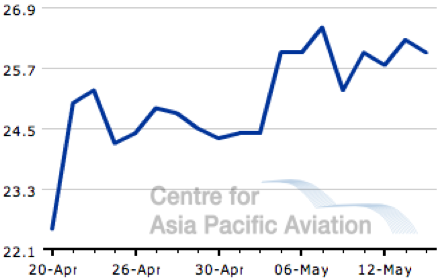 The airline is maintaining its target for 2010 earnings before interest, tax, depreciation and amortisation of THB32 billion (USD986 million). But an escalation of the violence could hamper the airline’s ability to reach its target.

Mr Ampon stated the state-controlled carrier may seek some tax relief from the government and called on Airports of Thailand to reduce parking charges to ameliorate the damage of a reduction in demand, as it did during the Bangkok Airport closures in Dec-2008.

Unfortunately for Thailand and Thai Airways, the political turmoil continues to threaten the outlook and turn tourists away to rival destinations.