Shares in Thai Airways were down 5.3% yesterday. The carrier is pursuing a major fleet renewal programme and plans to increase its share in local LCC Nok Air from 39% to 49% by the end of the year. Thai admitted in Jan-2011 that it will have to pay a premium for the additional stake in the now-profitable carrier.

Nok Air reported its best ever results in 2010, due to travel demand driven by the Thailand’s economic growth and returning tourism traffic. Passenger traffic surged 43%, while revenue rose 37.5%. Nok Air achieved a USD20.0 million profit in 2010, up more than 80% from 2009. It expects passenger traffic in 2011 to increase another 22.5%. If Thai Airways is unable to expand its control over Nok Air, and the LCC continues to compete heavily with the carrier, Thai may establish an LCC of its own.

Elsewhere, shares in Chinese carriers were positive, with China Eastern up 2.3% and China Southern gaining 2.8%. Hong Kong’s Cathay Pacific rose 2.3%, while Air China was up by 1.7% 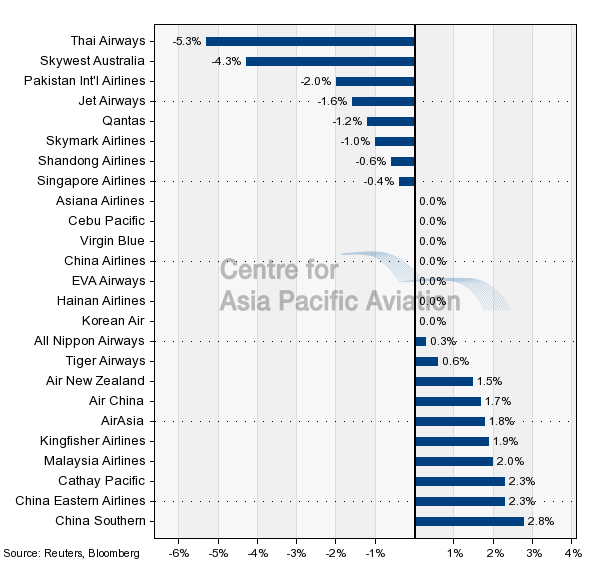