Thai AirAsia planning to expand regionally over the next five years

Thai AirAsia CEO, Tassapon Bijleveld, stated the carrier plans to expand internationally over the next five years, expanding its ratio of international to domestic services to 70:30 from the current 50:50, as the Thai domestic market becomes saturated. The LCC is targeting cities within a four-hour flying range from Thailand.

Thai AirAsia’s planned aggressive regional expansion is intended to keep pace with the growth in capacity resulting from fleet expansion. The carrier, which currently operates a fleet of ten A320s and six B737s, will take delivery of two new A320s in 4Q2009 and eight more A320s in 2010, as it phases out its B737 equipment. By 2011, the carrier will operate a fleet of 25 A320s, growing to 30 in 2012 and to 40 beyond this. 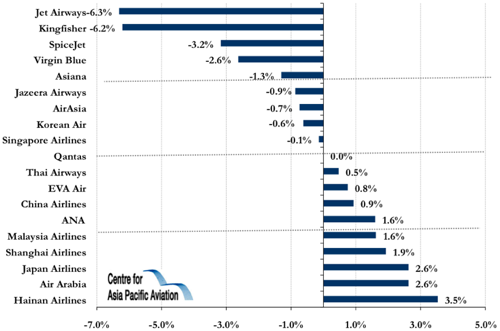