TAV also expects EBITDA to grow by as much as 20% to up to EUR170 million, due to cost cutting measures. Passenger traffic at TAV airports, which rose 2% year-on-year in 2009, is expected to more than double to 100 million by 2020.

Also in Europe, shares in Aeroports de Paris rose 2.2% after Oddo Securities raised its recommendation on the French airport operator’s stock from “add” to “buy”.

Auckland down after Cairns/Mackay buy-in 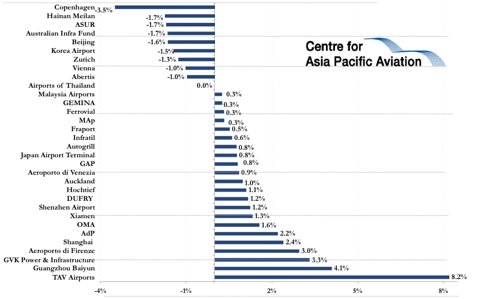