North and South American airline stocks were mixed on Friday (18-Jun-2010). In the US, the Dow (+0.2%) made a modest gain after a strengthening euro boosted confidence in the region’s economic recovery.

GOL (+3.4%) was the biggest gainer of the day among the South American carriers, after Zacks Investment Research maintained its ‘neutral’ recommendation of the LCC’s stock.

In other news, ANAC has tightened regulations on flight delays, meaning airlines will have to provide stranded passengers with food, lodging, telephone and internet access and reimbursements more efficiently. According to AFP, carriers are now required to reimburse fares immediately for flights cancelled or delayed by more than four hours. The carriers previously had up to 30 days to reimburse passengers. ANAC also introduced fines of between USD480-1,500 for airlines that fail to comply.

LAN Airlines (-1.1%) reached a new 52-week high during trading before easing into negative territory later in the day. TradersHuddle.com stated the carrier’s price action seems to be bearish, its current stock range defined by calculated support at USD18.08 and a resistance level at USD19.70. However, LAN’s stock appears to have improved since earlier in the month. LAN ended the session at USD19.67. 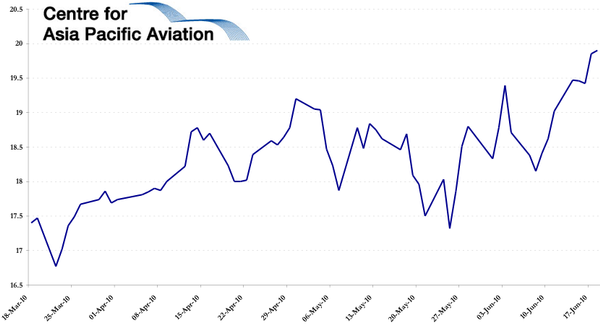 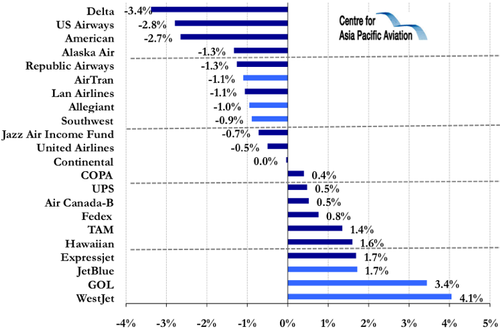