The Spanish economy is still suffering, while the weak pound is affecting core UK tourist traffic, leading to disappointing Spanish airport traffic last month. Declines are now beginning to compound on the falls witnessed from mid-2008.

One of the most heavily affected by the decline is Barcelona El Prat International Airport, which registered its 15th consecutive month of falling passenger traffic. Unlike other major airports in the country, Barcelona’s passenger traffic is showing few signs of recovery. 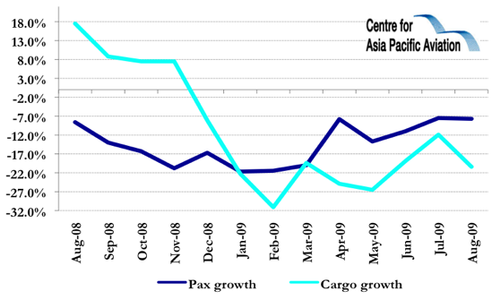 The airport has been suffering due to the popularity of nearby Girona with LCCs. Spanair, the second largest carrier in Spain, has also been underperforming since the Aug-2008 crash of an MD-83 aircraft and underwent an ownership change in Mar-2009, with SAS selling an 80.1% share to Initiatives Empresarials Aeronautiques (IEASA) for just EUR1.

However, there are indications that Spanair plans to revitalise itself under its new owners, adding A320s to replacing its ageing MD-83s and recently signing an expanded codeshare agreement with Air Europa. From 01-Oct-2009, the two carriers will codeshare on services from Barcelona to South Tenerife, Lanzarote, Las Palmas, Menorca, Ibiza, Valencia, Vigo, Oviedo, Santiago, A Coruna, Bilbao and Alicante, which could help reverse the fortunes at Barcelona.

Barcelona should also benefit from the relocation of all oneworld carriers to the new Terminal 1 (T1) on 09-Sep-09. Iberia moved into its new home in August.

In contrast to Barcelona, Madrid-Barajas is showing some signs of ending its passenger slump. Traffic at the airport, which has declined 8.4% over the first eight months of the year, was down by just 1.4% in Aug-2009, although that was on top of a 2% decline in the same month last year. 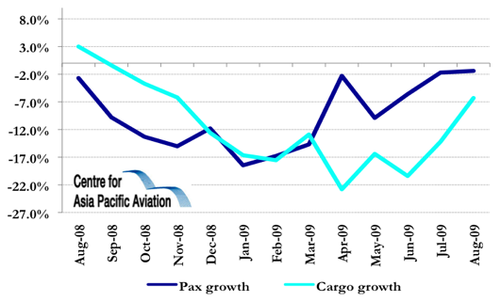 Ryanair has ambitious plans for Spain, announcing in July-2009 that it plans to create 43 new Spanish routes in 2009 and 2010, adding approximately 2.4 million new passengers p/a. However, the long-term status of the routes will depend on AENA’s continuation of a charges freeze for new traffic.

AENA's proactive move is being joined by several others on the continent, including Schiphol and Copenhagen. This is in recognition of the fact that the LCC sector now commands a 32% share of total capacity within Europe (eight months to Aug-2009), up from below 5% in the same period in 2001. A structural shift is occurring in the European aviation market, and LCCs are very aggressive on airport charges and have shown a willingness to take their business to lower charging airports.
Hope that helps,