Southwest trumps JetBlue, US Airways and Continental in the yield growth stakes in Dec-2009

Southwest, the largest US LCC, stated it expects PRASM to have increased in the 7% range in Dec-2009 – for the fourth consecutive month of increases. It follows Nov-2009’s double-digit improvement. 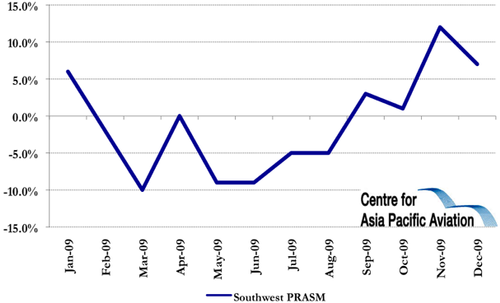 Eight months of PRASM reductions in Dec-2009 for JetBlue

JetBlue, meanwhile, reported a 3% reduction in PRASM in Dec-2009 (off last year’s positive base of 15%), for eight consecutive months of PRASM reductions. 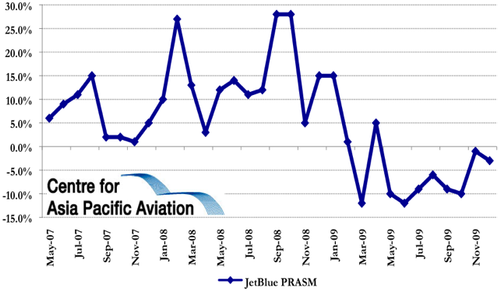 Using a 12-month moving average, JetBlue’s PRASM was 4.3% weaker in Dec-2009, for the lowest level in the past 24 months and illustrating the effect of ongoing economic weakness on the LCC’s yields. 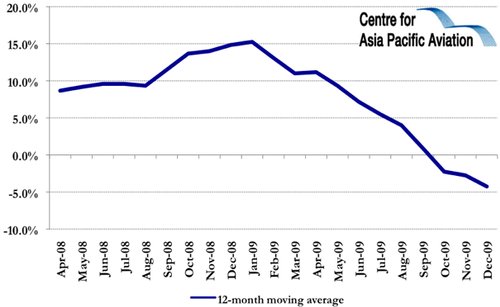 Continental Airlines reported an encouraging set of traffic results for Dec-2009, with the smallest yield contraction in 12 months. 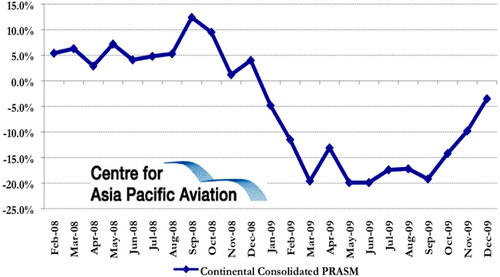 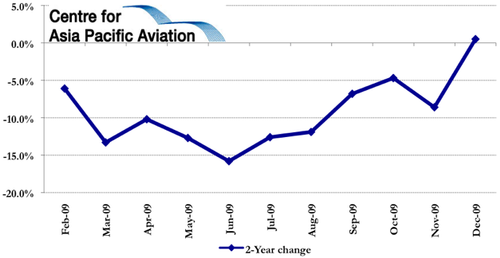 US Airways seeing “positive trends” in yields and corporate revenue

Mr Kirby added,  “as we close calendar year 2009, we are pleased our revenue performance continued to show improvement with positive trends in both booked yields and corporate revenue”. 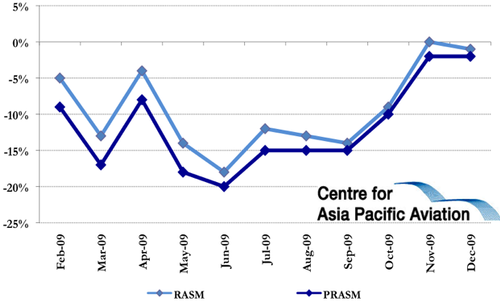 2009 ends better than its start

After an extremely challenging year for all US airlines, 2009 has ended with signs of optimism on the yield front.

According to ATA VP and Chief Economist, John Heimlich, in ATA’s 2010 Airline Industry Economic Perspective, the best news ending 2009 is that many airlines are “reporting a steady upward trend in bookings going into the new year, including premium seating for business customers”. He added that this is “cause for optimism” after a year that saw US airlines’ yields being severely battered.

However, Mr Heimlich also warned that, despite there being “numerous reasons that 2010 might indeed bring better times” for the airlines,  it is “important to remember that ‘better than 2009' is not saying a whole lot in the grand scheme”.