Southwest Airlines is expected to report a slim 1Q2011 profit earnings, due to the effects of rising fuel costs and the fallout from the fuselage rupture on a B737-300 and related aircraft groundings. CEO Gary Kelly has stated that rising energy prices could increase the company’s costs by USD1 billion. Southwest stock rose 0.2% on Tuesday.

Cebu Pacific handled close to 10.5 million passengers in 2010. The company said it was expecting its passenger traffic to continue to grow as it expands its fleet. Between 2012 and 2014, Cebu Pacific will take an additional 16 A320 aircraft. Shares in the carrier rose 1% in trading on Tuesday. 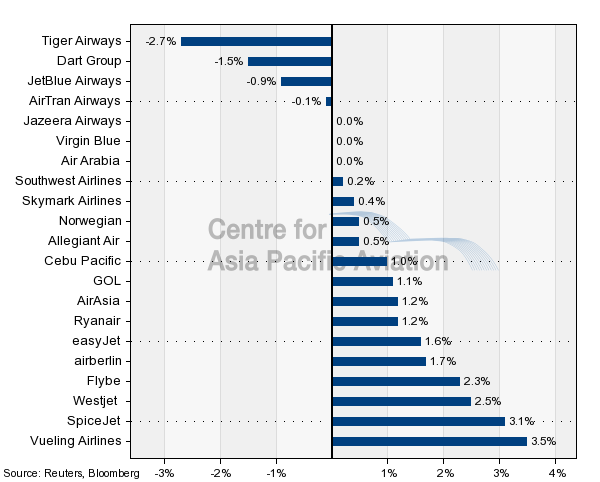