Southwest’s move to defer deliveries of 30 Boeing 737-800s scheduled for 2013/14 to 2017/18 is a concerted effort to continue a disciplined approach to capacity management and a way to accelerate the company’s often-touted goal of achieving a 15% return on invested capital that it enjoyed in the 1990s. The move illustrates Southwest’s classic conservative approach in running its business as it believes an uneasy economic recovery and volatile fuel prices are creating uncertainty in how the airline business will evolve during the next couple of years. 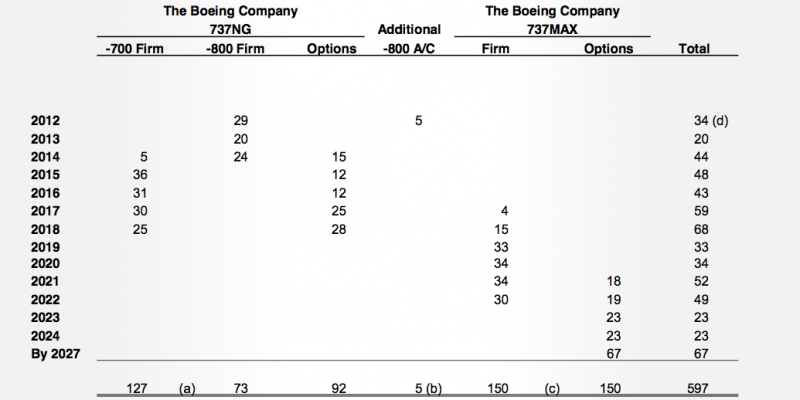 By deferring the aircraft Southwest estimates saving USD1 billion in capital spending from 2012-2014, which will help the carrier come closer to reaching its ROIC goal of 15%. The return on invested capital metric has become increasingly important in the US airline industry during the last couple of years as carriers seek to show investors they are making wise choices in capital spending. Alaska Air Group has excelled in this metric, exceeding its 10% ROIC target in 2010 and 2011. 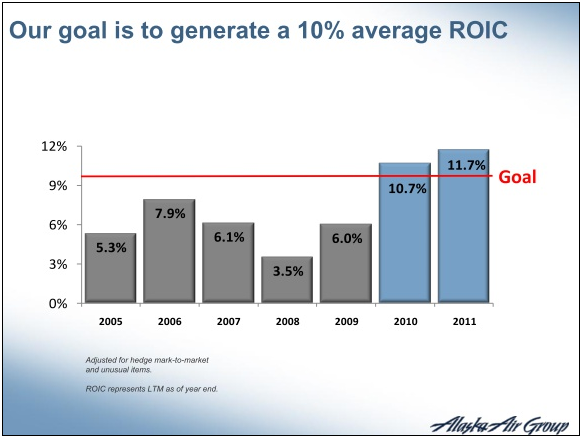 Southwest has a long climb to reach its 15% goal as its return on invested capital in 2011 was just 2.7%, according to Forbes, and averaged 3.5% for the last five years. Its ROIC for the first quarter improved to 6%, but was less than half of its stated goal for returns. The carrier’s total capital expenditures in 2011 reached USD968 million, and are estimated at USD1.2 billion this year. Company CEO Gary Kelly has repeatedly stated until Southwest reaches its ROIC target, the carrier has no intentions of growing its fleet. In 2012 Southwest is retiring 40 of its 737 Classics as the 34 new 737-800s come online.

Southwest’s ROIC goal rests on five pillars: the incorporation of the 737-800s, a new reservations system to support international operations, the AirTran integration that is set to produce USD200 million in synergies this year, its one-year-old revamped frequent flyer programme and a revamp of its existing fleet with a new interior that entails the addition of six seats to its 737-700s. Southwest expects the fleet retrofit programme to generate USD300 million in pre-tax revenue during 2013.

Mr Kelly recently declared to investors that Southwest has a goal of achieving net income excluding special items of USD1 billion with its current levels of invested capital in months, not years. Given the carrier’s net income in 2011 excluding special items was USD330 million, Southwest has a wide gap to close in a short period of time. Attaining that goal remains a formidable challenge for the carrier as Mr Kelly admits that the US presidential election, fuel prices volatility and overall economic uncertainty make it tough to predict how the industry will perform in 2013.

The uncertainty described by Mr Kelly regarding how the business will shape up in 2013 is also driving Southwest to retain its conservative approach to capacity discipline, a practice being adopted industry-wide.

Southwest is aiming to keep its capacity flat this year despite adding 34 737-800s with 175 seats, which is 38 more than the 137 seats featured on its 700s. The flat capacity growth will be achieved through a reduction in the overall number of trips the carrier flies, weighted toward the back half of 2012 with a 4% decrease in trips during 3Q and a 5% drop in 4Q.

Mr Kelly believes Southwest will be in a better position during the coming weeks to offer capacity guidance for 2013, but needless to say he is affirming that “we are not approaching next year aggressively when it comes to capacity”, which was one contributor to the carrier’s decision to defer aircraft deliveries.

Another issue Southwest has to resolve before issuing definitive supply guidance for 2013 is the 88 717s it inherited through the acquisition of AirTran. Southwest has often declared the aircraft have no place in the combined fleet in the long term, and the carrier has not been shy in its preference to find ways to shed those aircraft prior to their lease expirations that range from 2017 to 2024. (Local reports indicate Delta could be interested in the aircraft, but neither party has commented on this.) The planned deferrals in 2013 will also affect the retirement schedule of Southwest Classic 737-300s/500s, which accounted for 183 aircraft in Southwest’s total fleet of 558 737s as of 31-Mar-2012.

Optimistic about the 737-800 mission despite deferrals

Mr Kelly stresses the introduction of Southwest’s first 737-800 earlier this year was the culmination of a year’s worth of work, and the carrier now has approximately eight of the aircraft in service. Previously Southwest has stated that 28 of the 34 -800s delivered this year will be equipped for extended twin engine operations (ETOPS), which means the aircraft could operate missions to Hawaii.

During the process of acquiring and placing the 737-800s into service, Southwest praised the ability of the higher-density aircraft to operate in long-haul markets, and the -800s would allow Southwest to increase passenger throughput in slot-constrained airports like New York LaGuardia and Washington National without increasing frequencies.

Even as he outlined the deferrals, Mr Kelly remarked the 737-800s create more revenue generating capability per trip with only a modest increase in operating costs. “So, as long as you match it up to a market that you can comfortable that you can put 175 customers on board, that strategy works. So we are trying to be conservative in how we deploy the -800s.”

Current schedules show Southwest is deploying most of its 737-800 flights from Las Vegas and Baltimore, which represent the carrier’s second and third largest cities in terms of daily departures. The carrier is operating the aircraft from Las Vegas to Baltimore, Buffalo, and Houston. Southwest’s flights from Baltimore with the larger-gauge aircraft include Buffalo, Phoenix, Atlanta and Los Angeles. Other routes where the 737-800 has been deployed include Fort Lauderdale-Midway, Atlanta-Denver, and Phoenix-New Orleans. Mr Kelly concludes the 737-800 flights are producing high load factors, and he is confident in the ways Southwest is using the aircraft throughout its network.

Overall 2012 is serving as a year of transition for Southwest’s fleet as the 737-800s come online and the carrier spends USD50 million to retrofit its -700 variants with six additional seats. But the carrier assures the payback on the 737-700 upgrades will be speedy, estimating a USD70 million revenue contribution from the seat expansion this year ahead of completing the retrofits in 2013.

Mr Kelly is retaining a cautiously optimistic outlook for the remainder of 2012 even as fuel price targets keep moving. If fuel prices remain at current levels Southwest’s CEO “feels very good about where we are right now” as its Apr-2012 unit revenues grew 7%-8% compared with only 5% growth during the seasonally weak first quarter.