Southwest’s shares gained 7.6% on Friday, as the largest US LCC stated it expects passenger revenue per ASM to have increased in the 12% range in Nov-2009.

This would be the third consecutive month of increases and the first month this year of double-digit improvements - thanks to large capacity cuts (-7.7% year-on-year) during the month. 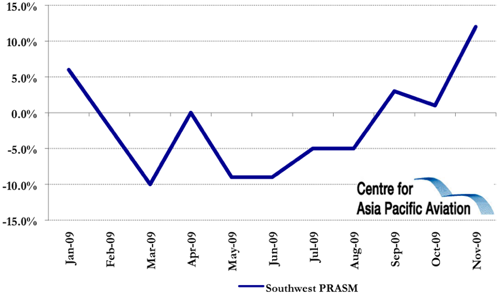 JetBlue (shares up 2.3% on Friday) reported a 1% reduction in passenger revenue per available seat mile (PRASM) for the month (off last year’s positive base) - the smallest yield contraction in seven months. 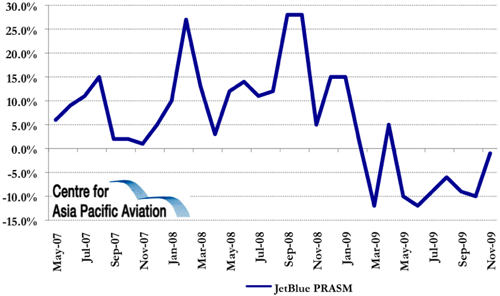 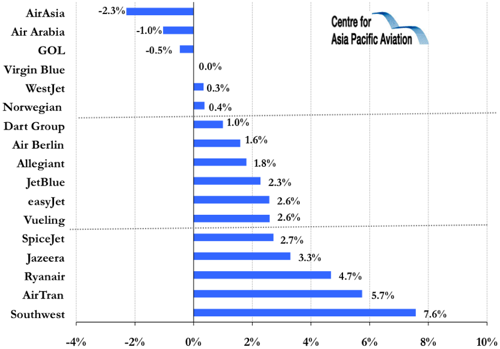