Southeast Asian airlines: improved profitability in 3Q2015, 9M2015 but over half remain unprofitable

Southeast Asia’s airline sector continues to struggle and underperform compared to other regions despite some improvement in market conditions. Among a sampling of 20 publicly traded airlines or affiliates from Southeast Asia, 11 were still unprofitable in the three months ending 30-Sep-2015.

Almost all of Southeast Asia’s airlines have seen profitability improve over the last year. In the most recent quarter the sector saw a collective improvement of about USD200 million with an operating profit of approximately a USD100 million in 3Q2015 for the sample of 20 airlines compared to about a USD100 million loss for 3Q2014.

The grouping generated operating profits of about USD700 million through the first nine months of 2015 and is on pace to generate an annual profit in 2015 of about USD1 billion. But this represents less than one fifth of the total profit expected from all of Asia Pacific.

The Southeast Asian aviation market faced extremely challenging market conditions in 2014 due to overcapacity, a weaker economy and political instability in some of the region’s largest countries. As CAPA previously highlighted, market conditions started to improve in 1H2015, aided by slower capacity growth, lower fuel prices and a more stable political environment in some countries.

Market conditions in Southeast Asia have continued to improve in 2H2015 as fuel prices have remained low and the rate of capacity growth has remained relatively rational. Most of the main LCC groups have slowed the rate of expansion while some of the main flag carriers have been restructuring.

LCC seat capacity within Southeast Asia will end 2015 about 9% higher than 2014 levels compared to 14% growth in 2014 and a staggering 30% growth in 2013, according to OAG data. The Southeast Asian market place suffered overcapacity from 2H2013 and throughout 2014. While the situation has improved in 2015 overcapacity remains a concern in several markets and routes.

Nearly every airline in Southeast Asia have benefitted from the improved market conditions by posting year on year improvements to their bottom line for both the quarter and nine months ending 30-Sep-2015. But a majority of airlines remain in the red despite the low fuel prices, an indication that market conditions remain relatively challenging.

For the three months ending 30-Sep-2015, 11 Southeast Asian airlines in a sampling of 20 were unprofitable. But seven of these airlines saw their losses narrow – Malaysia AirAsia X, Philippines AirAsia, Nok Air, Scoot, Tigerair Singapore, Thai Airways and SIA Cargo. Two of the 11 are start-ups which launched services in early 2015 – NokScoot and Indonesia AirAsia X. One of the remaining carriers saw their losses widen, Thai AirAsia X, and the other swung from a profit to a loss, Indonesia AirAsia.

Indonesia AirAsia has been restructuring while Thai AirAsia X has struggled due to restrictions preventing Thai carriers from expanding in South Korea and Japan. Five of the seven AirAsia-branded carriers in Southeast Asia were in the red in 3Q2015. But unlike in 1H2015, the profits at Malaysia AirAsia and Thai AirAsia were greater in 3Q2015 than the combined losses at the five unprofitable subsidiaries or affiliates.

Malaysia AirAsia was among four carriers that saw their profits grow in 3Q2015 compared to 3Q2014, along with Bangkok Airways, Garuda Indonesia budget subsidiary Citilink and Singapore Airlines full service regional subsidiary SilkAir. Thai AirAsia was one of four airlines that swung from an operating loss to an operating profit in 3Q2015 along with Garuda, Cebu Pacific and Philippine Airlines. (The 3Q2014 losses at Cebu Pacific and Philippine Airlines were very small and the third quarter is typically the weakest quarter in the Philippine market.)

Singapore Airlines (SIA) was the only carrier which remained in the black while seeing a reduction in profits compared to 3Q2014. But SIA was still the second most profitable airline in Southeast Asia, only slightly behind Malaysia AirAsia.

Singapore-based LCC Jetstar Asia is not included in this sampling as its public shareholder, Australia-based Qantas, does not report quarterly financial data. Vietnam Airlines and its LCC subsidiary Jetstar Pacific is not included because while the Vietnam Airlines Group completed an initial public offering in late 2014 it has not yet been formally listed on the Hanoi or Ho Chi Minh stock exchange and has not released any financial data for 3Q2015. But Jetstar Asia, Jetstar Pacific and Vietnam Airlines all reported profits for the six months ending 30-Jun-2015.

For the nine months ending 30-Sep-2015, 10 airlines among a sampling of 19 Southeast Asian carriers were unprofitable. This is the same sample that is used for the 3Q2015 figures with the exception of Scoot as the Singapore Airlines long haul LCC subsidiary only began reporting financial figures in the quarter ending 30-Jun-2015.

The above figures for the nine months ending Sep-2014 exclude Thai AirAsia X as it launched in mid-2014. NokScoot and Indonesia AirAsia X are again not included in the 2014 figures as they both launched in early 2015.

Malaysia AirAsia and SIA have had the largest profits in Southeast Asia through the first nine months of the calendar year followed by two Philippine carriers, Cebu Pacific and PAL. Combined these four carriers had operating profits of about USD700 million, roughly equalling the total profit for the entire group.

Several airlines from Southeast Asia are only marginally profitable and overall the sector remains less profitable than most other regions. The overalll Asia Pacific airline sector is projected to turn an operating profit in 2015 of more than USD5 billion.

The outlook for Southeast Asia is relatively bright given the economic growth and the region’s fast expanding middle class population. The situation is certainly a lot brighter than it was in 2014, when the Southeast Asian airline sector was in the red. But the current low rate of profitability remains a concern.

Southeast Asia’s dynamic airline sector needs a higher overall profit margin and a larger portion of profitable airlines to be sustainable. Given the region’s huge order book, overcapacity is a long term concern and could worsen again, making it difficult for the sector to improve profitability. Southeast Asian airlines collectively have almost as many orders as current aircraft and account for about 13% of the global order book. 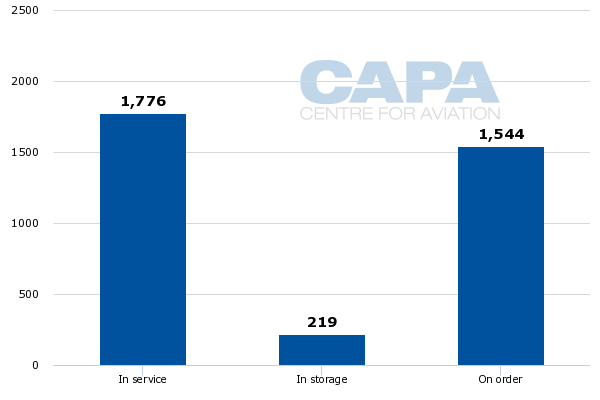 2016 should bring more profits - but margins will remain under pressure

The Southeast Asian market would benefit from some consolidation and further capacity adjustments. Low fuel prices may help drive improved profitability in the short term but could be a detriment as airlines are less likely to cut capacity or exit the market entirely.

The Southeast Asian airline sector is back in the black and should see more improvements in 2016.

But with the intense competition in the region and the huge order book, very few airlines are likely to achieve margins above normal return of investment over the next several years. This is a period of massive transition, bringing with it extensive "strategic" expansion - an often necessary phase, but rarely one that appeals to financial controllers.