Southeast Asia’s airline sector was back in the black in 1H2015, boosted by improved market conditions, slower capacity growth and lower fuel prices. A sample of 16 airlines from the region generated combined operating profits of USD641 million in 1H2015 compared to operating losses exceeding USD500 million in 1H2014.

The improvement in profitability cut across virtually every market in Southeast Asia and all types of carriers. Overall 12 of the 18 airlines were profitable or break-even in 1H2015 compared to only five airlines in 1H2014.

But operating margins generally remain in the single-digits and lag most other regions. Southeast Asia remains an extremely competitive market with a high risk of continued overcapacity given the region’s huge order book.

The 16 publicly traded airlines in Southeast Asia, including affiliates or subsidiaries which report financial figures, turned a combined operating profit of about USD640 million in 1H2015. This same group of airlines incurred over USD500 million in operating losses in 1H2014, representing a year-over-year swing of over USD1.1 billion.

Of these 16 carriers, 15 saw their profitability improve in 1H2015. The only exception was Indonesia AirAsia, which saw a slight increase in operating losses following the 28-Dec-2014 crash of one of its A320s.

In 1H2014 only five carriers in this group of 16 were profitable. All five – Malaysia AirAsia, Cebu Pacific, Philippine Airlines, Bangkok Airways and SilkAir – were able to further growth operating profits in 1H2015.

Note: All figures are for six months ending 30-Jun-2015 and 30-Jun-2014.
Conversions to USD are based on average conversion rates for 1H2015 and 1H2014.
*All figures are for individual airline except for Cebu Pacific and Thai Airways, which only reports operating figures at the group level. Therefore in only these cases subsidiaries (Cebgo and Thai Smile) are not listed separately and are combined with their parent airlines.
Source: CAPA - Centre for Aviation

This grouping of 16 carriers including six AirAsia subsidiaries or affiliates. The original AirAsia-branded carrier, Malaysia AirAsia, was once again the most profitable airline in Southeast Asia. Thai AirAsia was also one of only four carriers with a double-digit operating profit margin along with Malaysia AirAsia, Bangkok Airways and Cebu Pacific. Cebu Pacific had the highest operating profit margin at 20.5%.

As CAPA analysed in a 26-Aug-2015 report, all airlines in the AirAsia family collectively incurred net losses of USD67 million in 1H2015. The AirAsia family remained profitable at an operating level but posted a modest improvement compared to the improvements across the broader Southeast Asian airline sector.

The CAPA sampling also excludes other Southeast Asian carriers which have reported financial improvements but did not provide sufficient figures to be included in the tally.

The Jetstar Group has stated in financial filings that both of its affiliates in Southeast Asia, Singapore-based Jetstar Asia and Vietnam-based Jetstar Pacific, swung from a loss in 1H2014 to a profit in 1H2015. But Jetstar does not provide profit/loss figures for affiliates.

Vietnam Airlines was also profitable in 1H2015, reportedly turning a pre-tax profit of USD20 million. But Vietnam Airlines is excluded from this sample as it has not yet been listed on the stock exchange in Hanoi or Ho Chi Minh despite completing an initial public offering in late 2014.

Malaysia Airlines (MAS) is also excluded as it de-listed in late 2014 and has not provided any financial figures since the quarter ending 30-Sep-2014.

As CAPA previously highlighted, market conditions in Southeast Asia began deteriorating in 2H2013 as capacity growth accelerated while demand in some markets started to slow. Conditions continued to worsen in 1H2014 due partially to political instability in Thailand and a slowdown in the Indonesian economy.

The overcapacity issue peaked in 2014 and remains a problem in some Southeast Asian markets. But overall market conditions starting improving in late 2014, aided in part by several airlines deciding to slow expansion.

1H2015 saw a recovery in several markets, particularly Thailand’s international market. But not every market has recovered.

For example Thailand’s domestic market continues to suffer from overcapacity and intense competition. This is reflected in the break-even result for Nok while the other three publicly-listed Thai carriers posted combined operating profits in 1H2015 of USD172 million. Nok is almost entirely a domestic operator while Bangkok Airways, Thai AirAsia and particularly Thai Airways have large international operations.

While certainly brighter than a year ago, the outlook for the Southeast Asian airline sector is still relatively cloudy.

Demand for travel to Thailand, the largest international market in Southeast Asia, will be impacted by the recent bombings in Bangkok. Indonesia, which is by far the largest domestic market, continues to see some economic weakness. The Philippines domestic market is also again starting to exhibit signs of overcapacity following a period of rationality and high levels of profitability.

Several airlines are banking on market conditions improving from slower capacity growth and in some cases capacity reductions by competitors. But so far the Southeast Asian market remains highly competitive with continued downward pressure on yields.

Nearly all of the 16 publicly traded airlines and affiliates reported declines in passenger yields in 1H2015. Several airlines are attempting to increase yields but this will be difficult to achieve given the continued intense level of competition.

Several airlines saw lower net profits or were in the red at a net level due to foreign exchange, finance costs and other one-time items.

Thai Airways for example incurred a net loss of THB8.218 billion (USD250 million) in 1H2015, representing only a slight improvement compared to 1H2014 when market conditions were much more challenging. The net loss at Thai was driven by finance costs as well as employee termination benefits and impairment charges related to its restructuring. Thai however recorded a USD322 million improvement in operating profits, the biggest swing among all publicly traded airlines or affiliates. (Note: Thai’s financial figures include regional subsidiary Thai Smile as Thai, unlike other airline groups in Southeast Asia, do not provide a breakdown for the parent airline and subsidiaries.)

Thai and two of the region’s other full-service flag carriers, Malaysia Airlines and Garuda, have restructured their international networks over the last year. The Garuda adjustments while the least drastic seem to have quickly paid off. The operating profit at the Garuda brand improved by USD263 million from 1H2014 to 1H2015, the second biggest swing in the Southeast Asian airline sector after Thai. (The Garuda figure excludes its budget subsidiary Citilink, which had a small profit in 1H2015 and is on track to post its first ever annual profit in 2015.)

All five of the full-service airlines in the sample of 16 publicly traded airlines or affiliates were in the black in 1H2015, indicating there is still a role for full-service carriers in a region that has become increasingly dominated by LCCs. The LCC penetration rate within Southeast Asia is now almost 60%.

Competition with and between LCCs will continue to intensify as LCCs account for over 70% of outstanding aircraft orders in Southeast Asia. Among all regions and sub-regions, Southeast Asia has the highest ratio of orders to current fleet (about 0.9).

While the rate of capacity growth has slowed somewhat for the short-term following a spate of deferrals and subleases, the unprecedented high ratio of orders to current fleet indicates that overcapacity could be a challenge over the long-term. 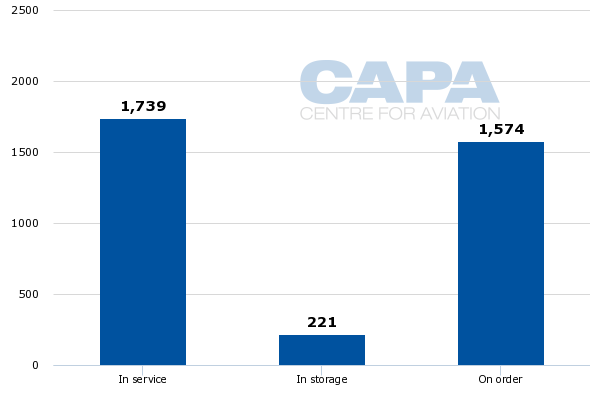 The fundamentals of the Southeast Asian market remain solid as the region is expected to continue to see rapid economic and middle class growth. But there is always a risk that supply can grow faster than demand or new unpredictable external factors emerge, impacting demand.

If airlines are disciplined with capacity and fuel prices remain low, Southeast Asian airline profitability should continue to improve. But in the highly dynamic Southeast Asian market place it is hard imagine all airlines refraining from ambitious or strategic expansion. Meanwhile low fuel prices along with political and economic stability can never be guaranteed.