China’s Shanghai International Airport Co announced over the weekend it expects to report a better-than 50% year-on-year increase in net profit to CNY706.3 million (USD107 million) and basic earnings per share of CNY0.37 for the 12 months ended 31-Dec-2010.

The airport attributes the result to significant increase in traffic at Shanghai Pudong International Airport. Traffic at the airport jumped 18.7% in Dec-2010,with international passengers up 18.7%, domestic traffic up 21.7% and regional traffic down 3.7%.

Shares in Shanghai International Airport Co were down 1.2% on Friday, although other Chinese airports were up, including Beijing (+1.7%) and Hainan Meilan (+1.5%).

Over the weekend, Mexico’s Federal Competition Commission banned the airport operator from bidding for a new airport in the Caribbean tourist area of Riviera Maya, citing competition concerns as ASUR operates nearby Cancun airport. The decision could add to delays for the project, which is well behind its original planning and development schedule. ASUR’s departure from the process leaves a partnership between GAP and miner and transport company Grupo Mexico competing against a consortium of Corporacion America and Tradeco for the USD250 million project. 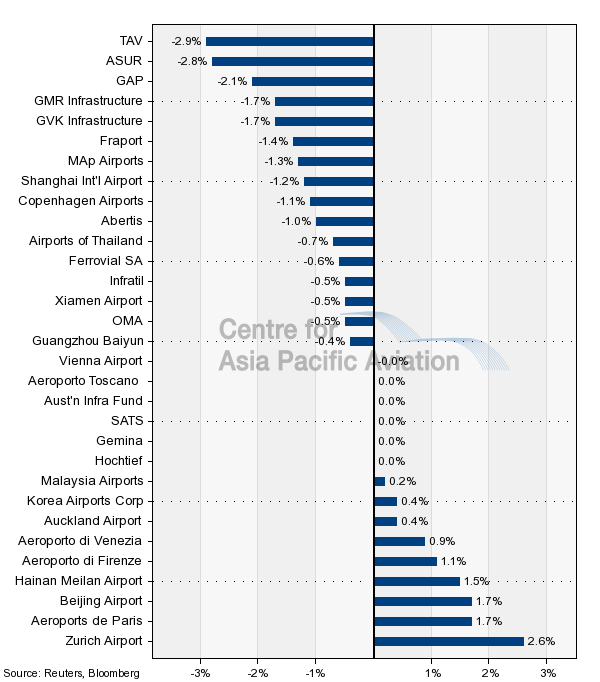