European airline shares were mixed on Thursday (05-Aug-2010) as wider markets ended the day marginally lower as investors awaited the US Jul-2010 employment report. However, some airline shares performed slightly better due to another decline in oil prices (-0.6%), to USD82.01.

Meanwhile, airberlin was flat after reporting a 2.1 ppt decline in load factor for the month, to 81.2%. 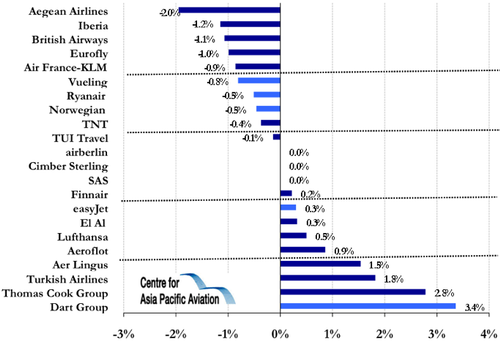