Shares in French aircraft systems and interiors manufacturer, Zodiac Aerospace, surged 10.5% in trading yesterday on renewed speculation that Safran Group will launch a takeover of the company. Safran shares were down 2.3%.

Safran quickly denied the rumours, releasing a statement declaring that there have been no developments since Jul-2010, when it sent a letter to Zodiac proposing the two examine the merits of bringing their activities together. At the time, Safran proposed an industrial combination of the two groups via a share swap, although without any reference to a price or an exchange ratio for Zodiac Aerospace shares.

Zodiac’s Supervisory Board unanimously decided not to pursue the Jul-2010 merger offer, noting that any benefits would be “modest or extremely modest” and could potentially destroy value by upsetting existing supplier commitments.

Over the past few years, Zodiac has been the source of merger speculation with Safran and Thales, both of which are part owned by the French state. With a market value of EUR2.2 billion and a strongly diversified aerospace portfolio, as well as close ties to Airbus, the company is an attractive proposition. It has moved to strengthen its aerospace business in recent months, acquiring Sell in Jul-2010 and signing a purchase agreement for Premium Aircraft Interiors Group, in a deal that is expected to be closed by the end of the year. The company divested its marine business in 2007.

While the French aerospace industry is dominated by a few large players, most notably EADS/Airbus, there are more than 400 aerospace suppliers in France. The French Government has been pushing for more consolidation in the local aerospace industry, putting a hold on EUR300 million in orders from Thales and Safran to put pressure on the two companies to combine some of their activities, particularly their electronics businesses. 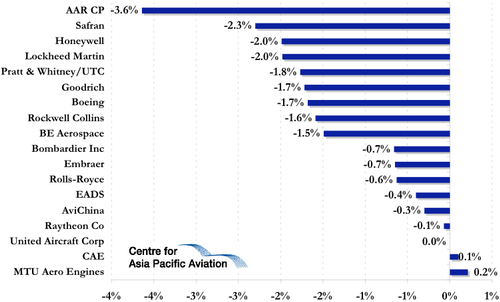 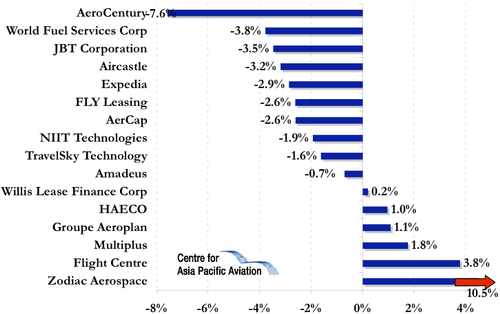