Ryanair CEO Michael O’Leary has forecast that the rising cost of fuel could be a threat to the survival of less profitable carriers. IATA has expressed similar concerns, warning that the increasing costs of jet fuel could eat away its forecast of USD9.1 billion in industry profits for 2011.

IATA’s forecast is based on an average cost of oil at USD84 per barrel for 2010. However, Brent crude topped USD100 per barrel this week – for the first time in two years – while West Texas Intermediate crude has traded above USD90 per barrel. Ryanair is 82% hedged at USD81 per barrel for the financial year from April, but LCC rival easyjet has warned of more losses thanks to the price of oil and the affect of the Dec-2010 winter storms.

Elsewhere, Turkish Government authorities have stated Turkish Airlines is ready to enter an arrangement with JAT Airways, the stated-owned Serbian national carrier. The takeover process may commence as early as Mar-2011, although privatisation decisions are still to be made on the Serbian side. Turkish Airlines shares gained 1.9% in trading yesterday. 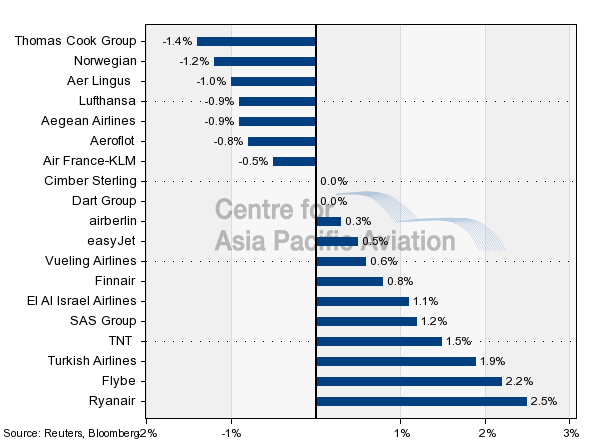