The 8% increase experienced between Mar-2010 and Mar-2011 marks the slowest pace of growth in the past decade, with the exception of the 4.9% increase reported in the height of the recession, between Mar-2008 and Mar-2009. But the moderation will be short-lived. Ryanair has scheduled a 20%+ increase in capacity in Apr-2011. 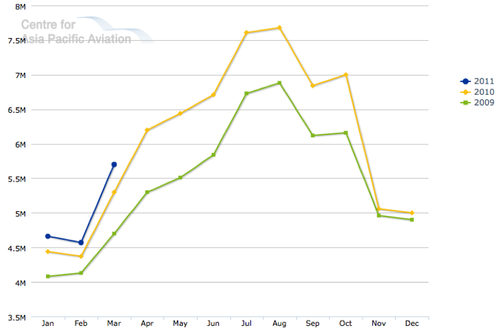 NB: CAPA Members have access to live monthly traffic data for over 130 carriers worldwide. See the 'Traffic' tab on the Ryanair profile. 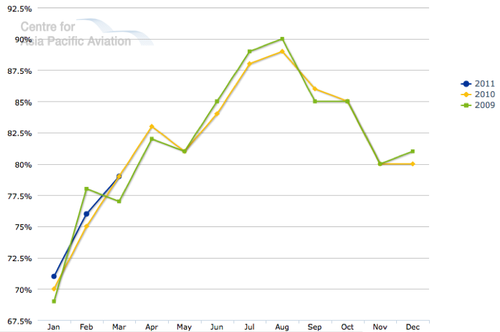 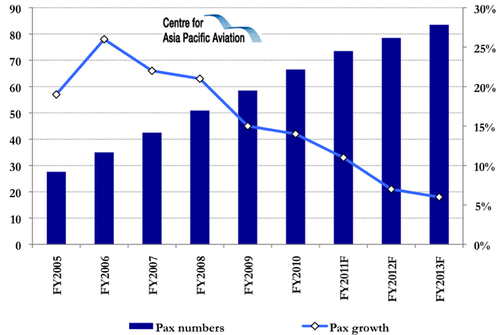 Ryanair operates more than 1,500 flights per day from 44 bases and 1200+ routes across 27 countries, connecting 160 destinations. Around 92% of the carrier’s capacity is deployed in Western Europe. 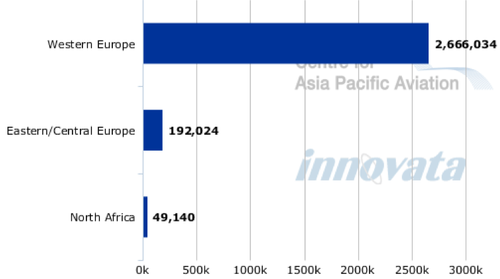 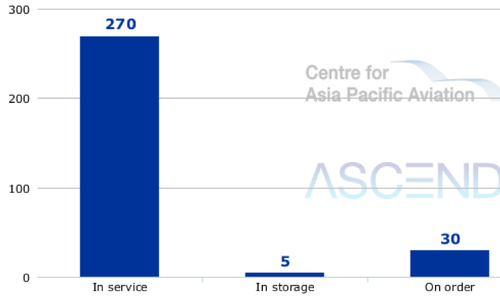