Ryanair stated it would “vigorously defend/appeal” last Friday’s decision by Italian civil aviation authority, ENAC to levy a EUR3 million fine against the LCC for failing to assist passengers after cancelling their flights during the volcanic ash crisis last month. ENAC alleges 178 violations of regulation EU261 between 17-Apr-2010 and 22-Apr-2010.

Ryanair declared the fines "unlawful", stating ENAC cannot issue fines without first bringing the alleged violations to the attention of the airline, and allowing the airline to respond to such allegations.

Ryanair spokesman, Stephen McNamara, stated, “at a time when all airlines across Europe were cancelling thousands of flights and disrupting millions of passengers, it is extraordinary that ENAC could investigate and then impose a EUR3 million fine only upon Ryanair, yet not any other airline appeared to have warranted such sanction". Mr McNamara added, “this would appear to be the latest in a long series of biased, anti-Ryanair rulings by ENAC, an organisation which has repeatedly shown its bias and its lack of impartiality when it comes to cases relating to Ryanair”.

In the meantime, Ryanair welcomed an injunction secured against ENAC last week in which the Italian Courts ruled that ENAC cannot prevent Ryanair’s based aircraft landing at Rome Ciampino in the late evening. “This latest injunction successfully prevents ENAC from disrupting Ryanair’s flights and passengers or forcing them to divert to Rome Fiumicino, instead of landing at Rome Ciampino”, said Mr McNamara 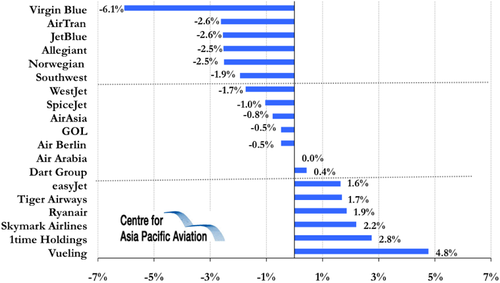