Royal Jordanian – a oneworld alliance member – and Malaysia Airlines (not aligned) have announced the signing of a unilateral free sale codeshare agreement on Amman-Kuala Lumpur services operated by RJ.

The agreement has been effective as of September 1, 2010.

RJ President and CEO Hussein Dabbas, stated: “After resuming its regular flights to the Malaysian capital, Kuala Lumpur, on June 2, after a 7-year suspension in operations between the two countries due to the weak economic feasibility of the route over the past years, this move comes as a result of the economic revival and the growth of commercial activity and tourism between the two countries.”

More codeshares in the works

Mr Dabbas stated that RJ is planning to increase the number of codeshare agreements with its oneworld partners, adding it is preparing to transform a codeshare agreement from bilateral to unilateral with British Airways after having implemented the Amadeus system from Oct-2010. 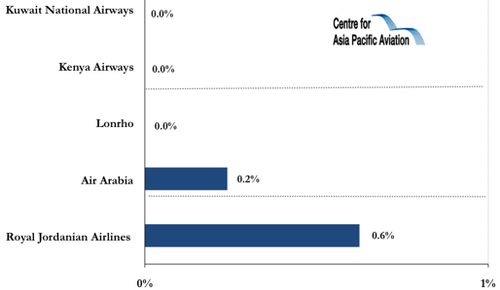 Source: Centre for Asia Pacific Aviation & Reuter
*It was a public holiday in South Africa on 24-Sep-2010